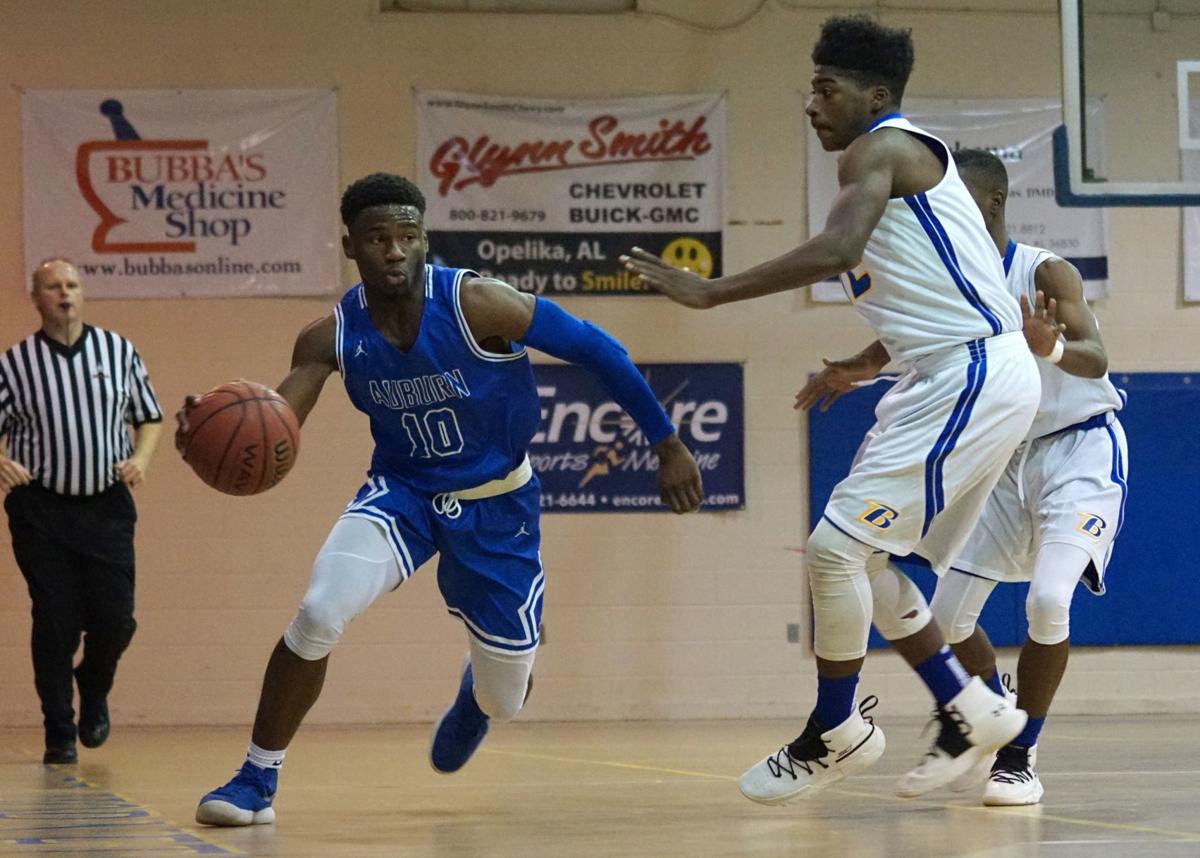 Auburn High's Justin Brooks (10) drives against Beauregard's Trenton Jones in the first half of the Auburn High boys vs. Beauregard game on Nov. 27, 2018, at Beauregard High School. 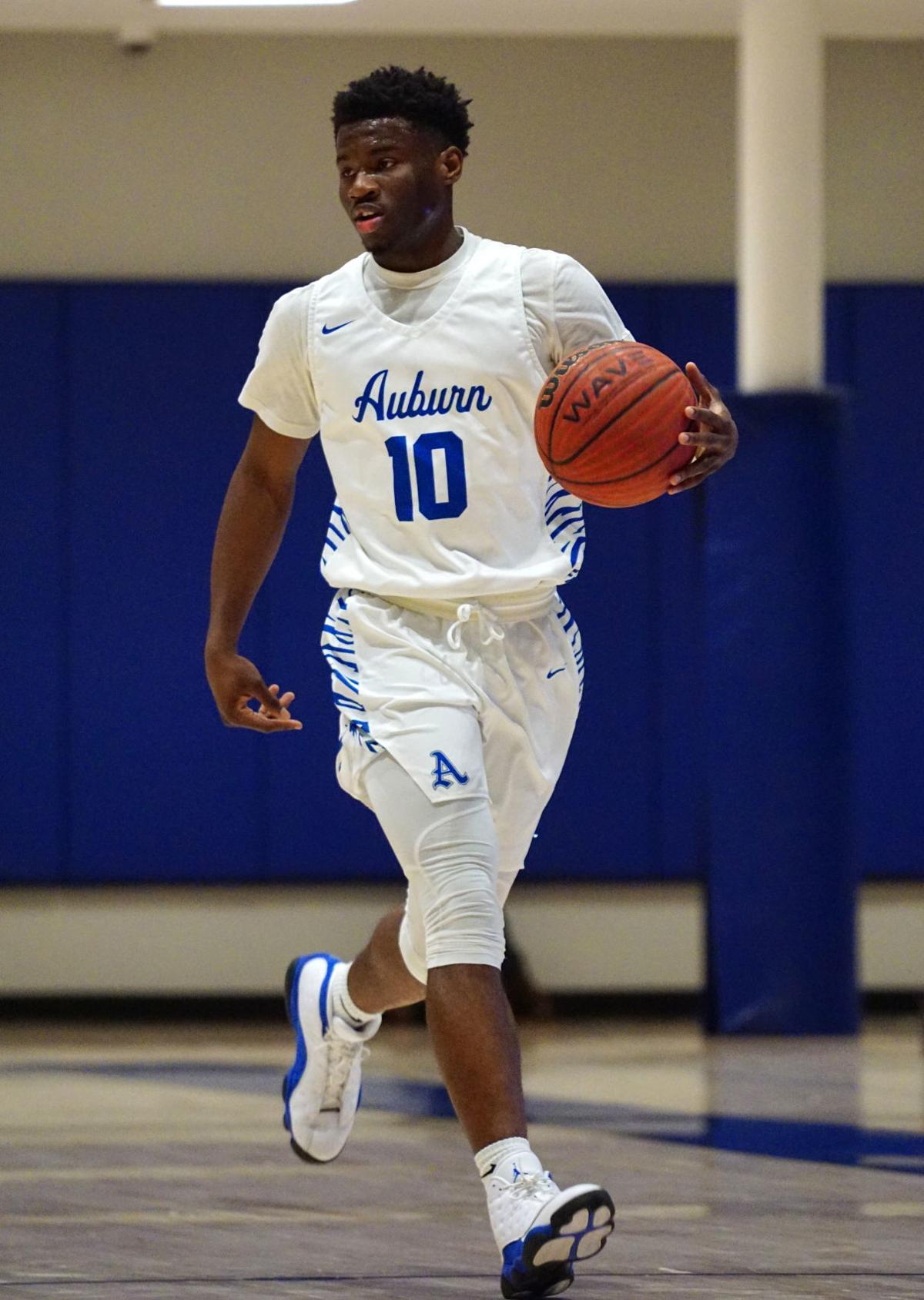 Auburn High's Justin Brooks (10) drives against Beauregard's Trenton Jones in the first half of the Auburn High boys vs. Beauregard game on Nov. 27, 2018, at Beauregard High School.

During his first year as a student at North Carolina A&T, former Auburn High basketball player Justin Brooks would lie awake at night and wonder if his time on the hardwood had ended once and for all.

As it turns out, Brooks’ worry about playing the sport he loves ultimately proved unnecessary.

Brooks announced Monday that he would walk on at North Carolina A&T, the school he was already attending upon his graduation from Auburn in 2019. The announcement officially ended some tense times for Brooks, whose older brother Garrison is entering his senior season at North Carolina.

“It’s really almost a dream come true, honestly. I’ve always dreamed about playing sports in college — and also at the Division I level. Getting a chance to do that after not being able to play this past year is just a blessing,” Brooks said. “I was talking to the coaches this past year, but things didn’t work out the way I expected them to. The opportunity presented itself this year, and I just took it and ran with it.

“It still hasn’t hit me honestly. It was a dream come true.”

Brooks — who played basketball and football at Auburn — had offers to play basketball but decided to instead attend North Carolina A&T only as a student. Before too long, he got the itch to hit the court again, which was thanks in part to Garrison’s success in Chapel Hill.

Brooks watched as his big brother wrecked shop as one of the top players in the ACC at a school about 45 minutes away from North Carolina A&T. The more he saw him in action, the more confident he became that he still had plenty left to do on the court.

Brooks also credited his older brother for believing in him throughout his various athletic pursuits.

“Me trying to put myself in the shoes of anyone he is playing against or playing with, I honestly just kept saying, ‘I can do this. I can do that,’” Brooks said. “He’s always had that trust in me. He’s always believed in me. Honestly, he never gave up on me at any point in regards to football, basketball, or school in general. I knew I could always count on him to be able to go to him and talk to him about anything.

“He’s given me different key components to the game of basketball. Working out with him, he’s telling me to do this and do that and how to add different aspects to my game.”

Brooks may have made strides thanks to working with Garrison, but he was already a talented player going back to his time at Auburn. He truly stood out during his senior season in 2018-2019, as he stepped up as the Tigers’ veteran leader and led the way with 14.8 points, four rebounds and three assists per game.

“Justin is the type of player that to me was old-school. He is a very, very intelligent basketball player. He always makes the right decision as a point guard — which I’m pretty sure that’s what he’ll play up there. He just seems wise for his years,” Auburn coach Chris Brandt said. “Going back to his junior year, he was the only junior to start because we started four seniors. He played tons. Then when he became a senior, he was the leader of the group. He was probably the major scoring threat that we had in his last year.”

Brooks admitted he had plenty of doubts that this day would come, but he said his desire to keep the dream alive helped him reach the position he’s in today. He’s especially excited about the opportunity for big brother to see him in action again, adding he’ll also try to go to as many Tar Heels’ games as he can.

Brooks did his part to continue working in order to achieve his goal to play basketball at the next level. Now that he’s made it happen, Brooks emphasized that he’s only just begun putting in countless hours to improve his game.

“To the coaches, you’re going to get someone who’s not going to quit and who’s never going to back down to any type of challenge. You’re going to get 110 percent of me every time I step on the court,” Brooks said. “To the players, I’m just ready to build that brotherhood, build that bond and go win as many basketball games as we can. Having the fans, it’s great because I was a part of that this past year. Seeing that — seeing the amount of energy and passion the fans have for the game — it’s great. I feel like it’s going to be even better with the jersey on and being on the team to see it all unfold.

“I just want to thank God, my family, my friends and everyone who had placed their hands on me and helped me through this journey.”