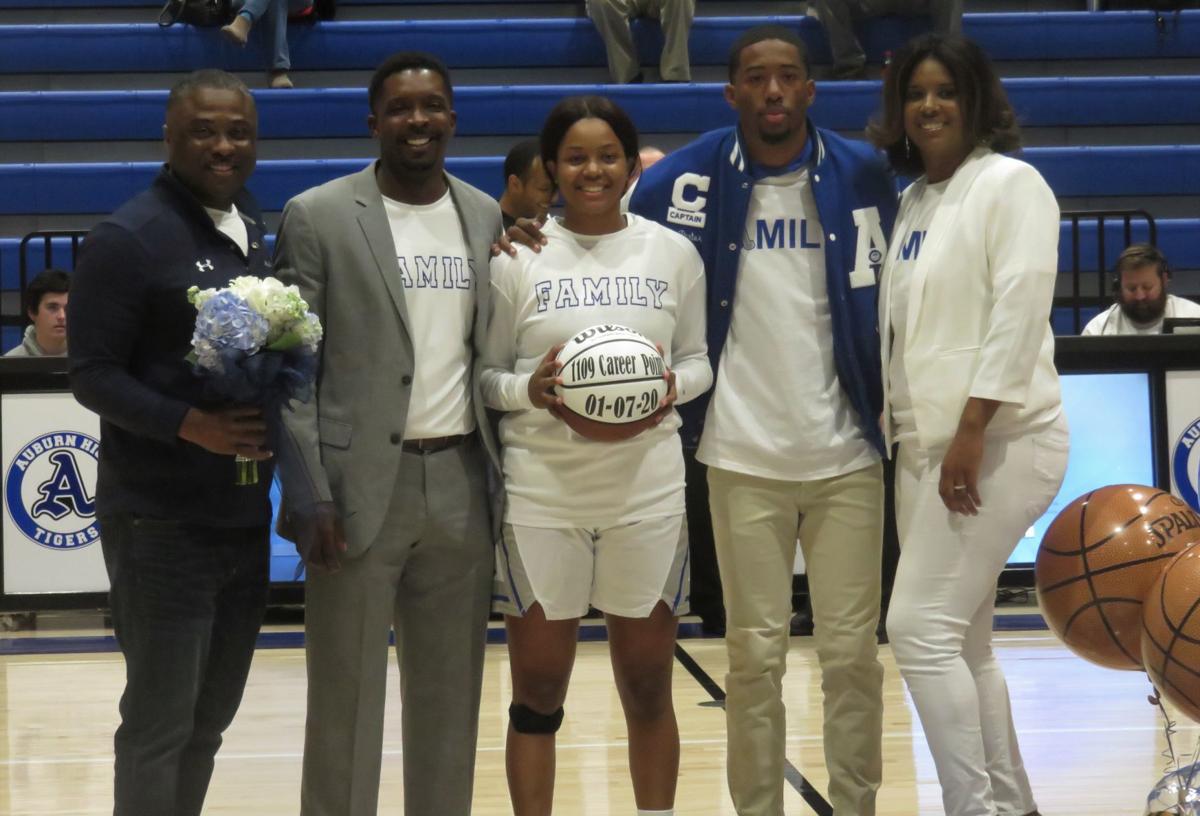 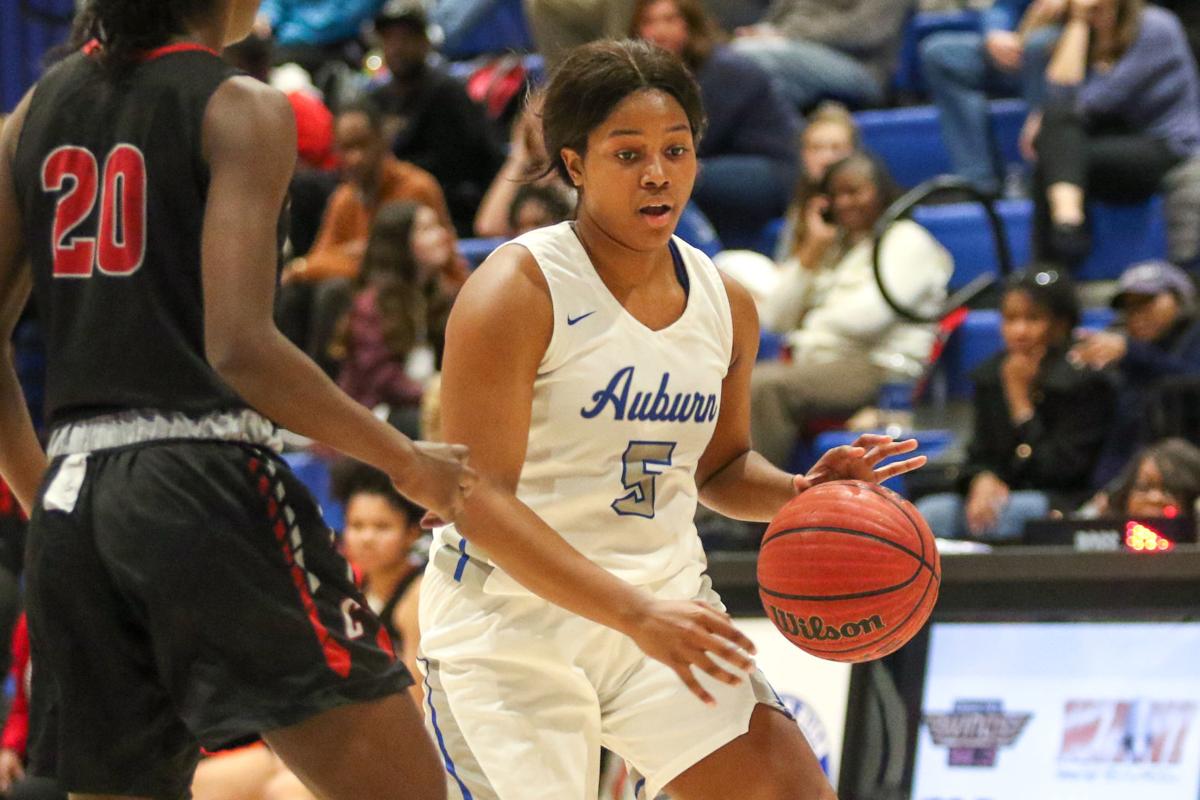 Auburn High basketball player Olivia Porter might only be a sophomore, but that hasn’t stopped her from making big play after big play for the Lady Tigers. On Tuesday, Auburn celebrated her latest achievement, one few 10th-graders could ever claim.

The Lady Tigers honored Porter for scoring 1,000th career point prior to the team’s area home opener against Central-Phenix City. Porter initially passed the milestone back on Dec. 21 against Foley, but Tuesday’s game offered the first chance for Auburn’s home crowd to celebrate her achievement.

Porter was given a commemorative basketball and balloons prior to the game against Central. She celebrated the moment in front of the Auburn fans alongside her parents, Larry and Sharmane Porter; brother Omari; and Auburn High coach Courtney Pickett.

“It was exciting, just knowing my teammates had faith in me to score the ball and that my coach had enough faith in me to keep the ball in my hands,” Porter said. “It was an honor that night (to receive the recognition). It was great because my dad was there, and he’s never really at any of my games. Just to have them there was a great feeling even though we didn’t come out with the win.”

Surpassing 1,000 points isn’t typical for a sophomore, but Porter isn’t your typical sophomore.

Porter earned a spot on the Lady Tigers’ varsity squad as an eighth grader and quickly became one of the team’s leading scorers, which led to a 13.2 point per game average and a spot on the ASWA All-State honorable mention squad. She took the next step as a freshman in the 2018-2019 season, as she was a pivotal player on a Lady Tigers’ team that reached the state semifinals for the first time in program history.

Pritchett said in all his years as a coach, he’s never seen a sophomore break 1,000 points. For Pritchett, it’s a testament to the kind of player Porter is and how high her potential is going forward.

“It just speaks to how great an offensive player Olivia has been for us throughout my years and of course before I got here. She’s really been an impact player for our program, and even outside of basketball she’s been a great impact for the school’s culture,” Pritchett said. “She’s been coming into her shot and developing confidence in her ability to shoot. It’s been amazing to watch.

“It’s just a product of her leadership on the floor as a player and her ability to handle whatever adversity comes from every team.”

Porter said she had no idea how close she was to 1,000 points until shortly after the Foley game, when a teammate asked her if she knew what her career numbers were. Porter immediately looked them up, did some quick math and realized she had in fact passed the mark that day.

One of Porter’s attributes that makes her stand out is her drive to continually get better, which has been on display going back to the offseason. Porter said she has taken it upon herself to improve her jump shot and her free throws, and despite Pritchett’s assertions that she has made considerable strides, Porter remains intent on getting even better.

Per Pritchett, Porter has averaged about 20 points per game in the last six games as she helps Auburn chase two goals — winning area again and making it back-to-back trips to the state semifinals.

Porter is completely focused on the remaining games for the 2019-2020 season, but Pritchett pointed to the bigger picture when it comes to what lies ahead for his talented, young floor general.

“Her upside is unbelievable. Every year you’ve seen a growth in her ability to produce scoring. With her developing a jump shot, her developing other aspects of her game, really asking questions and really wanting to get better, we’ll see what happens,” Prichett said. “It will be unbelievable with her upside. I think she definitely can go anywhere she wants to go and play. It’s just a matter of her refining some small things with her game and being more vocal on the floor.

“She’s got all the potential in the world to do whatever she wants in this game.”