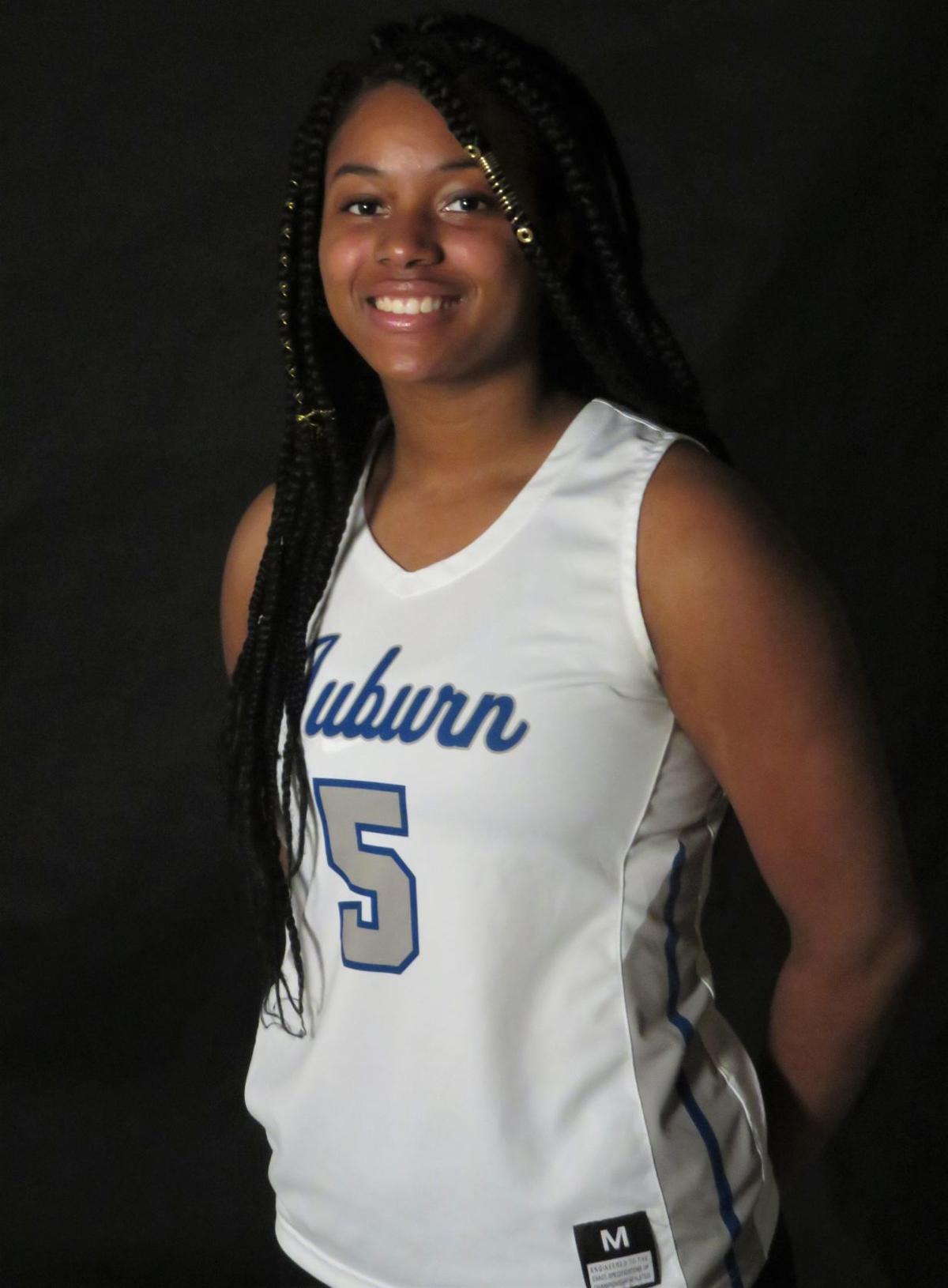 Auburn High sophomore Olivia Porter surpassed 1,000 careers points during a season in which she led the Lady Tigers to 21 wins and a Class 7A state quarterfinals berth. 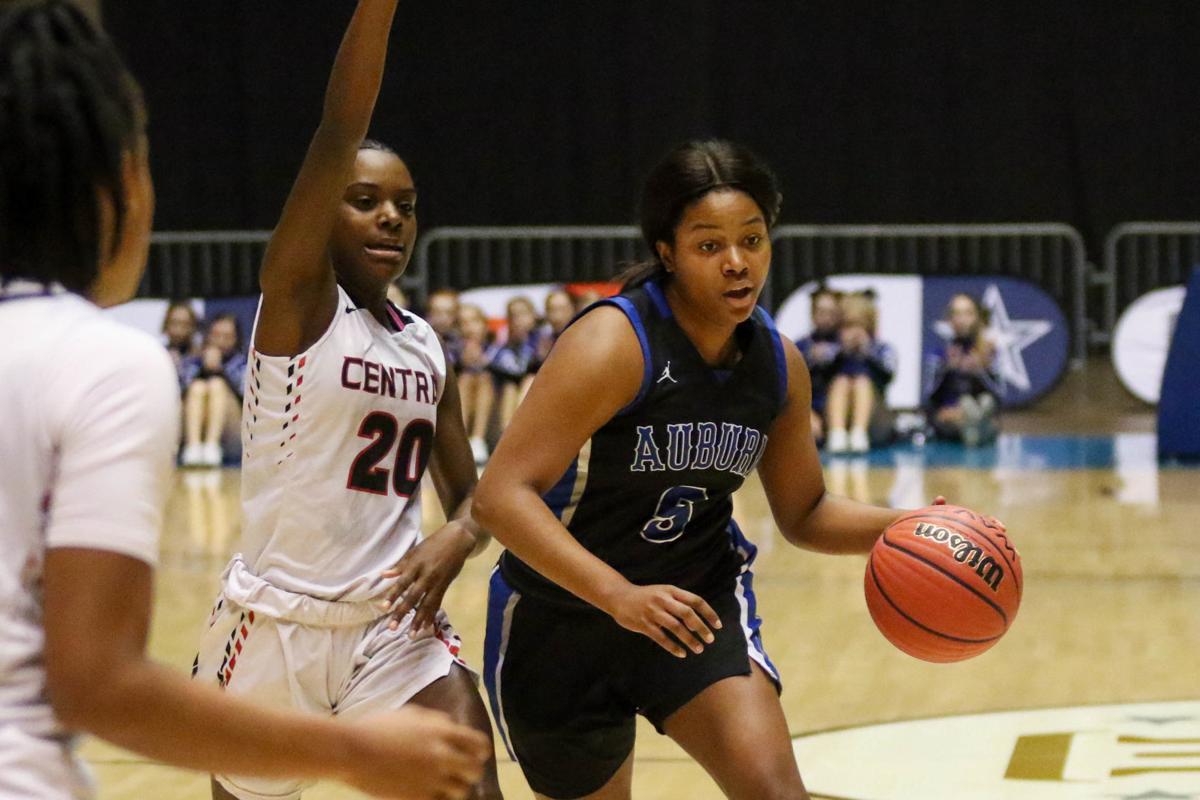 Auburn High sophomore Olivia Porter surpassed 1,000 careers points during a season in which she led the Lady Tigers to 21 wins and a Class 7A state quarterfinals berth.

After ending her freshman season at Auburn High in the state semifinals, it was evident it would be hard for Olivia Porter to raise her game. Despite the challenge, Porter made it happen.

Porter put together a stellar sophomore year for the Tigers, as she averaged 19 points, 6.3 rebounds and 3.5 assists per game as part of a young Auburn team that graduated six seniors from its Final Four team. Her efforts were instrumental for Auburn, which took second in its area and reached the Class 7A quarterfinals.

Thanks to her play, Porter has been selected as the Opelika-Auburn News’ Large School Girls Basketball Player of the Year.

“I think being able to trust each other was huge this year. We could trust each other to make good plays and just score the basketball,” Porter said. “They trusted me to be in control of the offense and know that I’m not going to set them up for failure. I think just trusting each other got us to accomplish a lot of things later on in the season.”

Porter already had two years of varsity experience prior to this winter, which created an unusual situation in which one of the underclassmen truly was the most experienced player on the floor. Porter said she made an effort to let her inexperienced teammates know what it means to play on this level and emphasized setting their nerves aside in order to relax and play their game.

Porter had already made a name for herself — she was invited to try out for USA Basketball’s U16 team last summer — but that didn’t make her content. She spent the offseason working on her free-throw shooting and her 3-point shooting in an attempt to be an even more effective point guard for Auburn.

Despite already making a name for herself, Porter still wowed fans throughout the season. She surpassed 1,000 career points on Dec. 21 against Foley, and her play kept the Lady Tigers in the hunt for the area title.

Porter pointed to Auburn’s game against Smiths Station on Feb. 5 as the highlight of the season. The Lady Tigers had to beat the Lady Panthers in order to advance to the state tournament, and with Porter leading the way they made it happen in a 69-21 blowout.

“Everybody was just having fun. It was a really fun game to be in and to play in,” Porter said. “Everybody was just doing what they needed to do, and we got a big win in a critical situation. That was really a game that stood out to me.”

Porter and the Lady Tigers entered the state tournament as the area’s second seed and opened the playoffs with a 34-point win over Lee-Montgomery in which Porter had 23 points, 10 rebound and four steals. Auburn faced off with rival Central-Phenix City in the region finals and came up short despite a 23-point showing from Porter.

The loss ended Auburn’s season three wins short of a state championship, but it didn’t make the year mean any less to Porter.

“It means a lot, just knowing that we’re a team that can get there and can continue to get there. It means we’re obviously doing something right, but we’re not satisfied,” Porter said. “We’re always going to be hungry to get further than we’ve ever been. Our goal at Auburn is to get a state championship.”

Porter said she’s working on every aspect of her game in the offseason, and she stressed how important it was not to be satisfied. She had begun to hear from colleges, but she’s putting her focus on her game and will handle the recruiting interest as it happens.

Porter has had a phenomenal three years at Auburn and has had the team competing among the best of the best in Class 7A. Although a long offseason has barely begun, Porter is already itching to return to the hardwood.

“I’m really excited,” Porter said. “I should be shooting more, and our team is going to get better because we’re going to mature. It’s going to be a really fun season next year.”