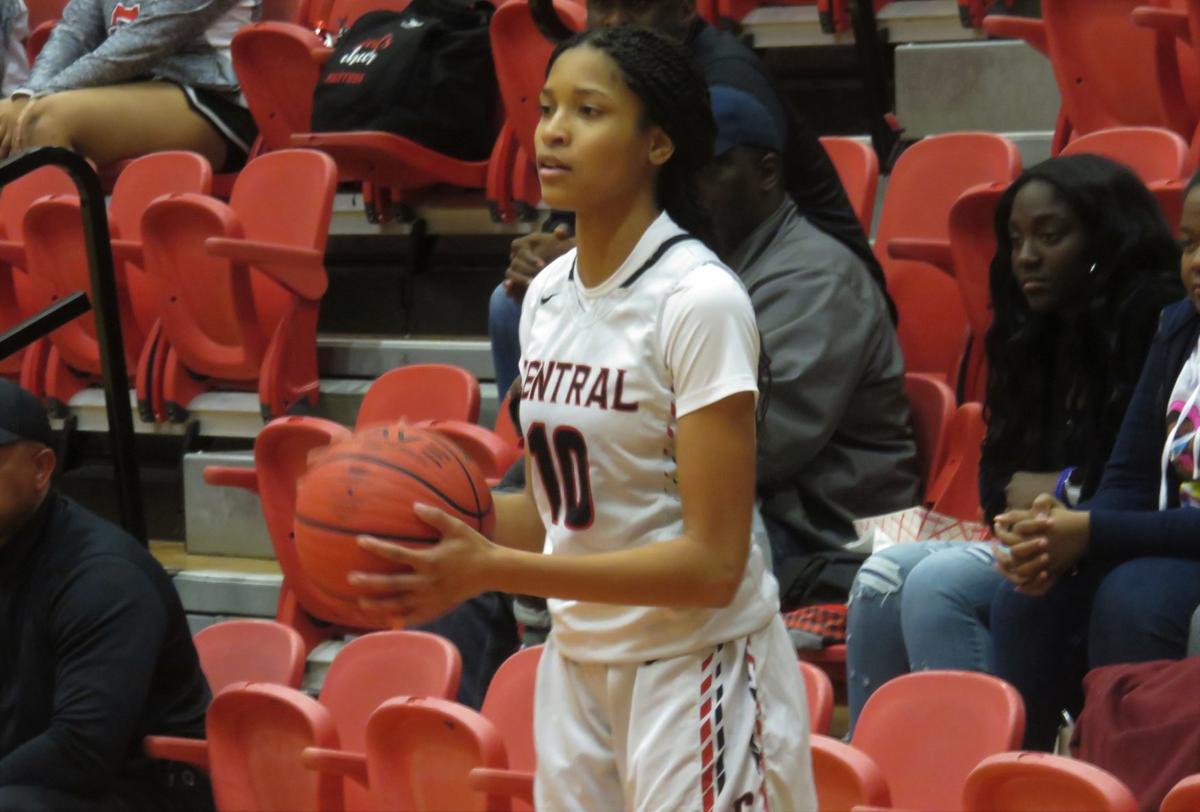 Central-Phenix City's Sierra Roberts looks to inbound the ball during the first half of the Lady Red Devils' game against Auburn High on Friday. Roberts ended the night with six points, nine rebounds, four assists and three steals. 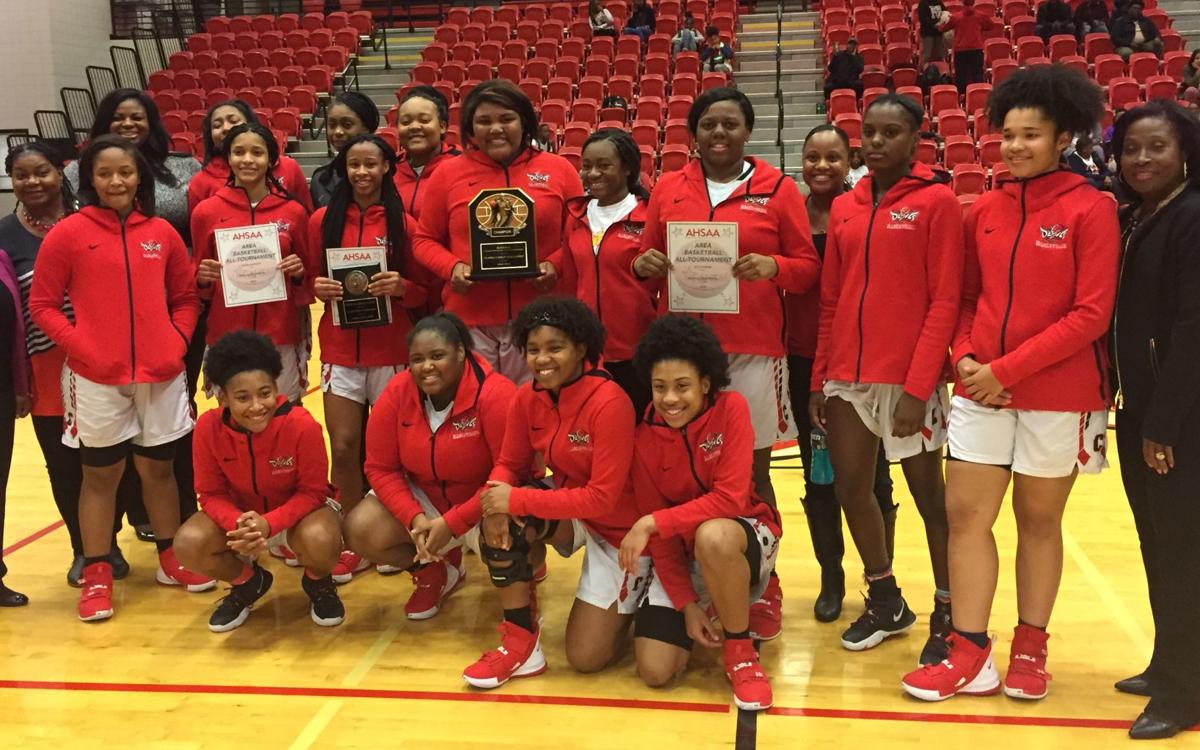 The Central-Phenix City Lady Red Devils pose with the Area 4-7A tournament championship trophy after topping Auburn High on Friday.

Central-Phenix City's Sierra Roberts looks to inbound the ball during the first half of the Lady Red Devils' game against Auburn High on Friday. Roberts ended the night with six points, nine rebounds, four assists and three steals.

The Central-Phenix City Lady Red Devils pose with the Area 4-7A tournament championship trophy after topping Auburn High on Friday.

PHENIX CITY — The Central-Phenix City Lady Red Devils found out Friday just how hard it can be to beat the same team three times in one season. Despite the difficulty, Nya Upshaw and her teammates got the job done.

“They just refused to lose,” Central coach Carolyn Wright said. “I put it on the seniors and then the entire team that, look, if you’re going to get it done, everybody’s got to bring their best game. If somebody’s not bringing their best game, the rest of you have got to step it up and do what you need to do to win.

“We made a couple of adjustments by keeping the ball out of (Auburn’s Olivia Porter’s) hands and making everybody else try to work hard. I think that was the most successful thing for us in that win.”

Central (19-7) had appeared in control when Porter led Auburn (17-8) on a late comeback that saw the Lady Tigers take a 47-45 lead after Porter’s two free throws with 1:38 remaining. After Central’s Eryn Johnson hit a layup courtesy an assist from Sierra Roberts, the game was officially deadlocked with 1:25 remaining in regulation.

From there, the Lady Red Devils completely took over.

Upshaw delivered her two free throws to put Central ahead by two points, and after a missed Auburn layup Kaitlyn Jenkins came through with a layup of her own to leave the score at 51-47 with 1:06 on the clock. Upshaw pulled down a crucial defensive rebound on the next possession and was immediately fouled, which sent her to the line once again.

Just like she did 30 seconds prior, Upshaw connected on both shots. Those free throws created a 53-47 contest with 42 seconds remaining.

Central wasn’t done at that point, either.

Mya Richardson pulled down a defensive rebound, was fouled and came through on one free throw to put Central ahead by seven with 29 seconds to go. After Porter went 1-of-2 from the line 12 seconds later, Upshaw returned to the charity stripe and hit both attempts to cap a 7-1 Central run and leave the Lady Red Devils with a 56-48 advantage.

Porter managed one more layup before the clock expired, but it was not enough to overcome the fact that Central made crucial plays with the game on the line.

Jenkins scored 16 points in the victory, while Upshaw put up seven as the team’s second-leading scorer. Upshaw as well as teammates Roberts and Jasymn Burts were named to the All-Area Tournament team, with Burts taking home MVP honors.

Both teams are now headed to the Class 7A subregionals. Wright’s players have their minds set on Feb. 13 now, and as far as the veteran coach is concerned, the key is to make the most out of Friday’s exciting victory as the team searches for something even bigger.

“My message is let’s take this game on into the next game and just grow from it,” Wright said. “We need to find out the things that we fell short at, fix those things and let’s be ready to play.”