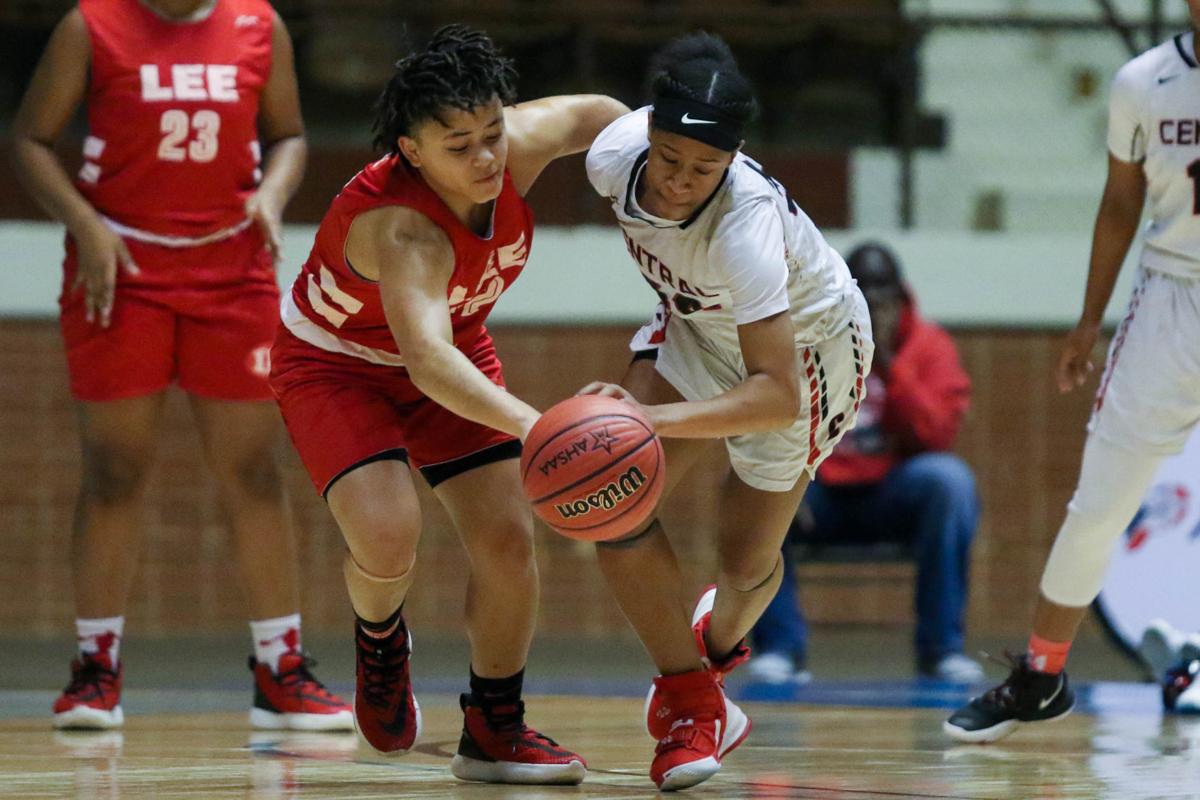 Central's Jasmyne Burts (34) steals the ball from Lee's Alyah Postma (22) during the Central-Phenix City vs. Lee-Montgomery girls Class 7A Regional Semifinals at Garrett Coliseum in Montgomery on Thursday. 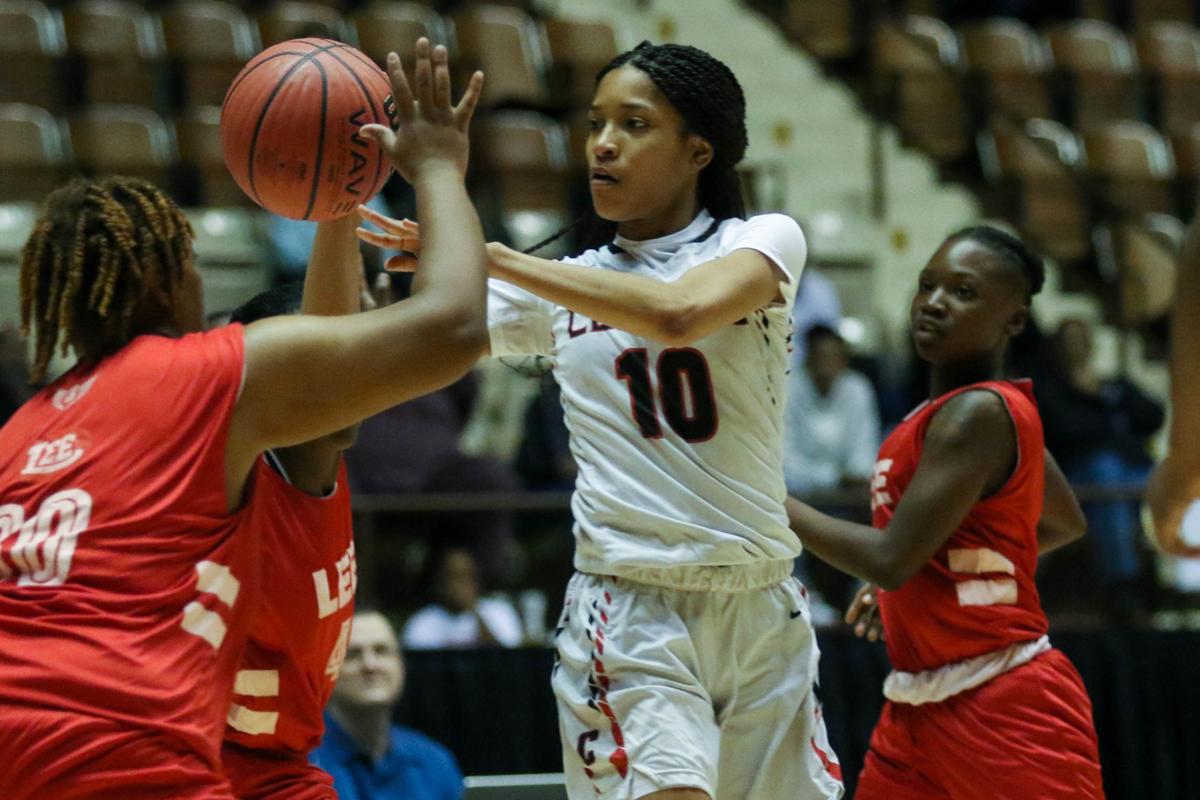 Central's Sierra Roberts (10) passes the ball while surrounded by defenders during the Central-Phenix City vs. Lee-Montgomery girls Class 7A Regional Semifinals at Garrett Coliseum in Montgomery on Thursday.

Central's Jasmyne Burts (34) steals the ball from Lee's Alyah Postma (22) during the Central-Phenix City vs. Lee-Montgomery girls Class 7A Regional Semifinals at Garrett Coliseum in Montgomery on Thursday.

Central's Sierra Roberts (10) passes the ball while surrounded by defenders during the Central-Phenix City vs. Lee-Montgomery girls Class 7A Regional Semifinals at Garrett Coliseum in Montgomery on Thursday.

MONTGOMERY — After an impressive regular season that was capped by an area tournament title, the Central-Phenix City Lady Red Devils sought to keep up the strong play in the games that mattered most.

On Thursday, the Lady Red Devils did just that.

Central handled its business in the Southeast Regional Semifinals by topping Lee-Montgomery 79-28. Although the Lady Red Devils had their struggles early in the game, the team did more than enough to advance to the regional finals on Tuesday.

“To get to the next level, we knew we had to play the best game that we could play. We couldn’t come in and not play a great game,” Central coach Carolyn Wright said. “Sometimes you think you can get out there and play a game and win it, but our mindset was we had to go out there and play this game as if it was the last game of the season. That’s what they did.”

After building a solid seven-point lead in the opening quarter, the Lady Red Devils effectively put the game away before halftime.

Thanks to its full-court press defense and some stellar plays courtesy Sierra Roberts and Eryn Johnson, Central (20-7) came out and established a double-digit lead for the better part of the second quarter. Lee-Montgomery (7-16) had plenty of scoring opportunities and made good on drive after drive into the paint, but it seemed every time the Lady Generals created a bit of momentum Central took it right back.

With the clock winding down before the halftime break, Alleya King dropped a 3-pointer to put her side up 34-19. By the time Central went into the locker room, it had an 11-point lead in addition to 14 steals and 32 rebounds.

The third quarter served as an extension of Central’s dominance. The Lady Red Devils rattled off 22 points to effectively close the door on any potential comeback by Lee. Johnson’s 3-pointer and ensuing and-1 with two minutes to go before the fourth put the team up 50-25.

Come the fourth, Central didn’t slow down and put up 23 points — its most of any quarter of the showdown — while only giving up a single point.

Even though Central came out with a solid victory, the game was by no means a perfect performance by the Area 4-7A champions. Central consistently struggled to stop Lee in the paint, as the Lady Generals scored 14 of their first-half points in the paint. Time and time again the Lady Red Devils’ shots missed the mark, which led to so many of their rebounds coming under their own basket.

Fortunately, the likes of Upshaw and Ficklin showed up Thursday morning ready to fight for rebounds, but Wright knows her team may not be so lucky in their next go-around.

“The message is if you want to win it, you’ve got to play harder than what you played on Thursday,” Wright said. “At this point, nobody wants to go home. You’ve got to bring your A-game every game. If not, you’ll be packing it up and going to the house.”