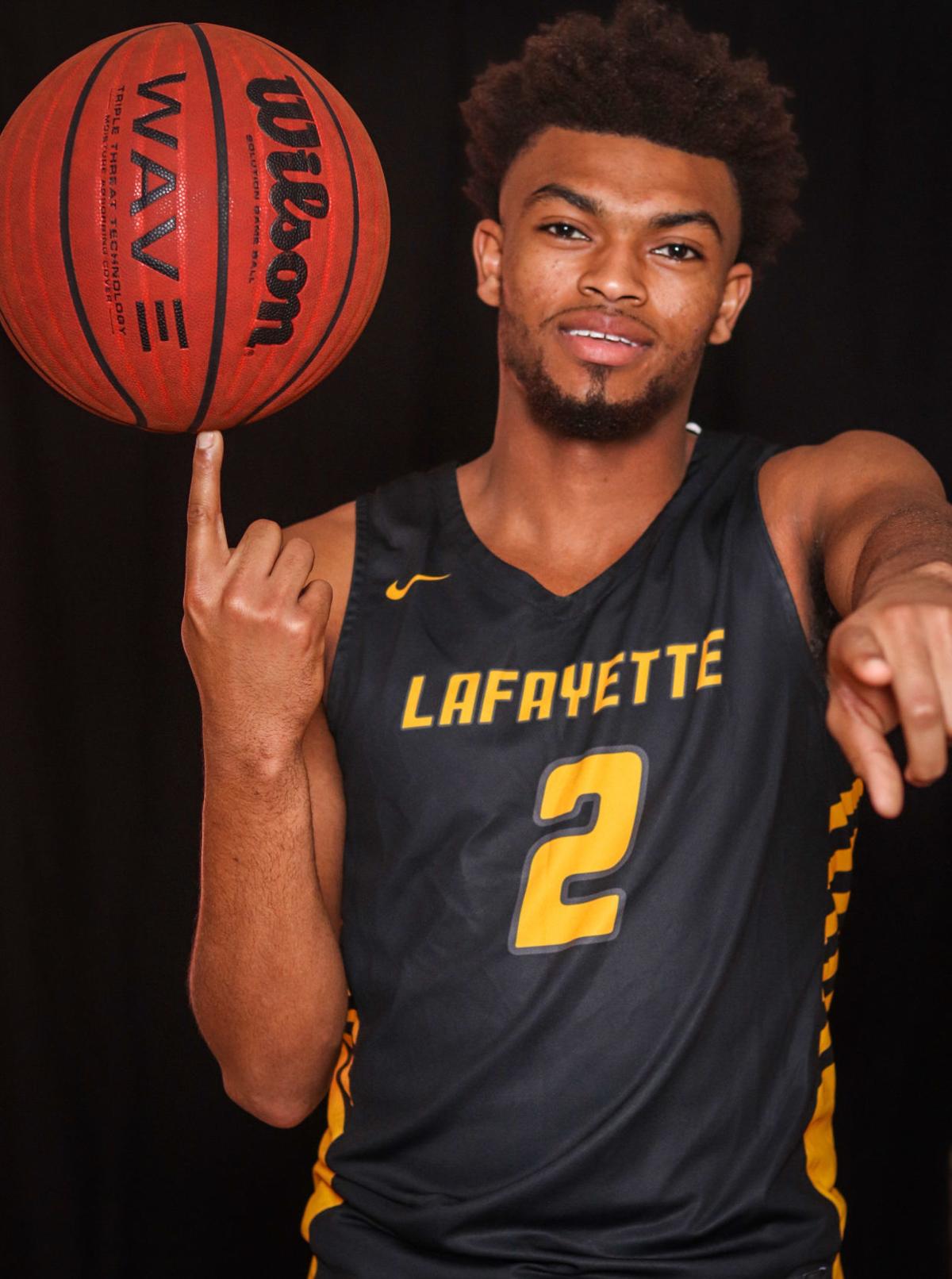 LaFayette senior guard Tae Burton made countless plays for the Bulldogs to help the team put together an undefeated regular season and to make a deep run in the Class 2A state tournament. 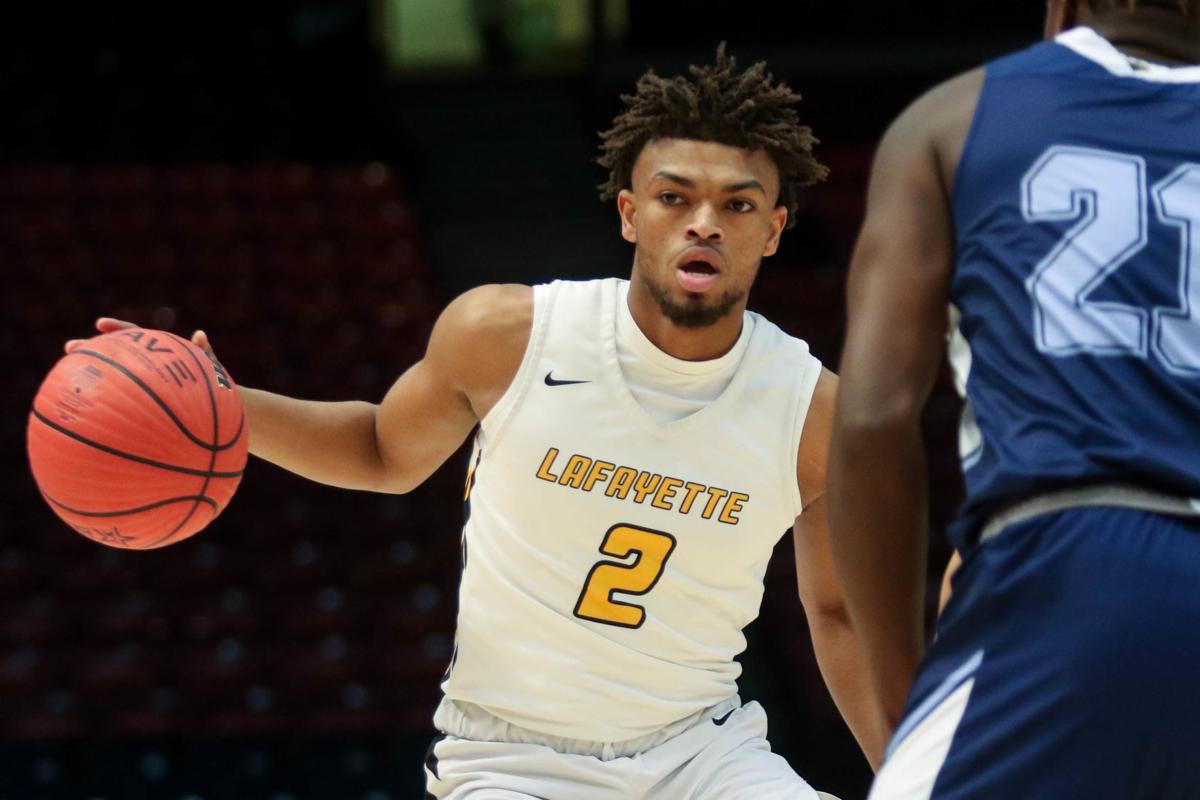 LaFayette's Tae Burton (2) dribbles the ball during the LaFayette vs Barbour County AHSAA Class 2A boys State Semifinals at Legacy Arena in Birmingham on Feb. 24. 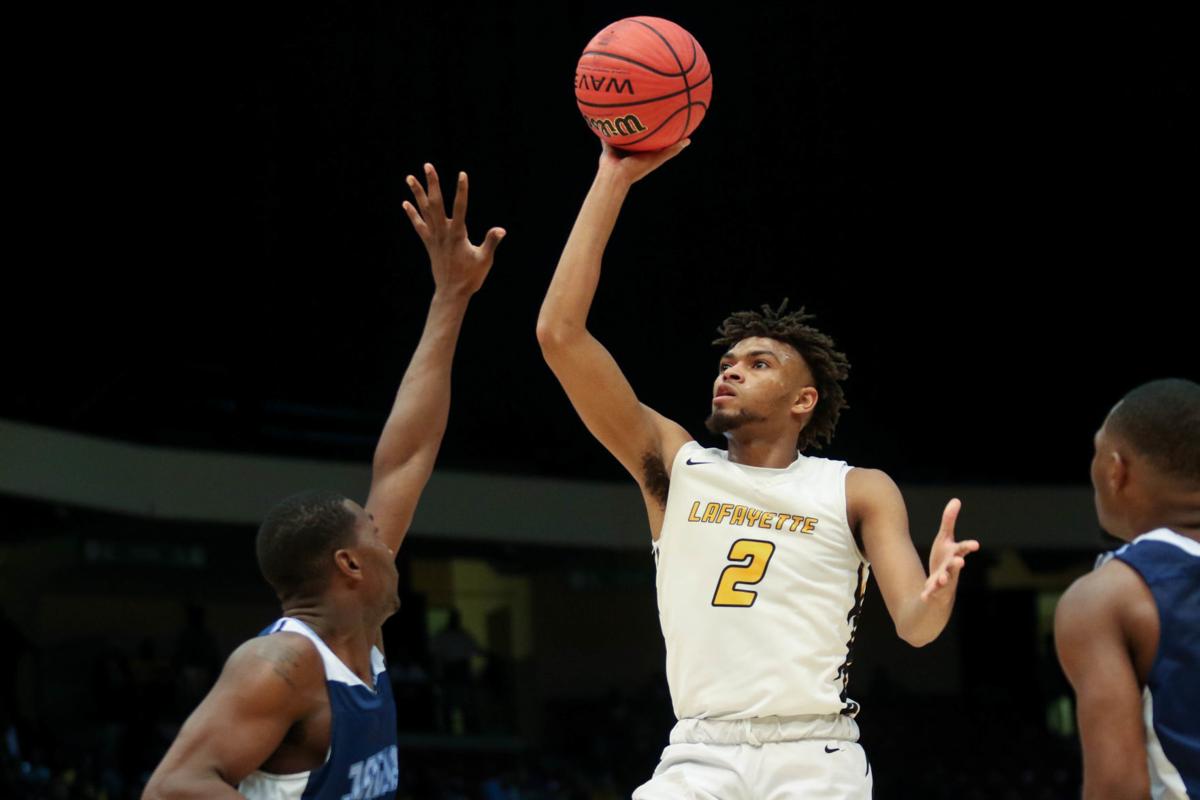 LaFayette's Tae Burton (2) shoots the ball over a defender during the LaFayette vs Barbour County AHSAA Class 2A boys State Semifinals at Legacy Arena in Birmingham on Feb. 24.

LaFayette senior guard Tae Burton made countless plays for the Bulldogs to help the team put together an undefeated regular season and to make a deep run in the Class 2A state tournament.

LaFayette's Tae Burton (2) dribbles the ball during the LaFayette vs Barbour County AHSAA Class 2A boys State Semifinals at Legacy Arena in Birmingham on Feb. 24.

LaFayette's Tae Burton (2) shoots the ball over a defender during the LaFayette vs Barbour County AHSAA Class 2A boys State Semifinals at Legacy Arena in Birmingham on Feb. 24.

After LaFayette lost to Sacred Heart Catholic in the state tournament last season, guard Tae Burton told himself he would work so hard that he never felt the sting of a loss like that again.

Thanks to his efforts, Burton not only got revenge, but he also helped the Bulldogs put together a truly special season.

Burton was a man on a mission in the 2019-2020 season, as he averaged 15.3 points, 4.1 rebounds and 3.5 assists to help LaFayette establish itself as one of Class 2A’s top teams. With Burton’s help, the Bulldogs went undefeated in the regular season and made a deep playoff run before ultimately coming up two victories short of another state championship.

Thanks to Burton’s outstanding senior season, he has been named the Opelika-Auburn News’ Small School Boys Basketball Player of the Year.

“It means a lot. I think we accomplished what pretty much nobody expected,” Burton said. “As players, we expected to have a good season. At the beginning of the year, we said we could possibly go undefeated in the regular season, and that’s what we did. I think that pretty much shocked everybody around us.

“In the playoffs, I think it could have gone a little bit better, but I still think we accomplished a great amount.”

Burton was one of several LaFayette players who refused to let the team’s loss to Sacred Heart in the regional finals in 2019 leave their minds. As one of 11 seniors on the roster, Burton was determined to come back better than ever and to show that they were worthy of being looked at as one of the classification’s top teams.

Before too long, Burton and the Bulldogs had made that much clear.

LaFayette ran roughshod over the competition essentially from the jump, as the team quickly saw a modest winning streak to start the season reach double digits then continue on into the final stretch of the regular season. As impressive as the wins were, the most impressive part was how the team was winning — only four of the wins were by 10 points or less.

Burton was consistently the team’s top scorer, and his excellent endurance and pinpoint shooting accuracy made him a star on a rock-solid squad. But as important as Burton’s skills were, he pointed to the talent of the team around him as crucial in his own success.

“They made my game a lot easier. I know those guys can make shots, defend well, rebound, push the ball in transition. They really made my game so much easier,” Burton said. “Really, other teams were focusing on me and Corey (Boston) so much that they forgot about the other guys and what they can do. It really helped me and helped my game a lot. It made it easier for me.”

Burton and the Bulldogs rolled through the regular season — which included two blowout victories over rival Lanett — then won their two area tournament games by 49 and 66 points, respectively. The winning continued into the state tournament, as Burton and his teammates dominated Westbrook Christian and Fyffe to set up a rematch with Sacred Heart.

Burton said he spent the day before the game thinking about how much the loss that ended his junior season stung and remembering his promise not to let it happen again. He promptly scored 18 points on 7-of-15 shooting from the field to send the Bulldogs to the next round.

“I did everything that I could possibly control in my hands to come out with a win and not feel that hurt that I felt last year. It felt good,” Burton said.

The victory over Sacred Heart sent Burton and the Bulldogs to Birmingham for the Class 2A semifinals against Barbour County. Despite a 26-point effort from Burton, the Bulldogs walked away with a season-ending 64-62 loss.

Burton, who was later named to the Class 2A First Team All-State squad, plans on playing basketball collegiately and has received interest from schools such as Albany State, Columbia State, Wallace State and William Penn.

Now that his time at LaFayette is over, Burton reflected on how special being a Bulldog was and what it meant to achieve so much with the team.

“Once you put that jersey on and it says ‘LaFayette’ across the chest, you know that you weren’t playing just for yourself,” Burton said. “We knew we were playing for the little kids who are coming up that are going to be in our position. We were playing for our community and for our loved ones and family that played sports at LaFayette. It just really means a lot, especially what we accomplished this year.”