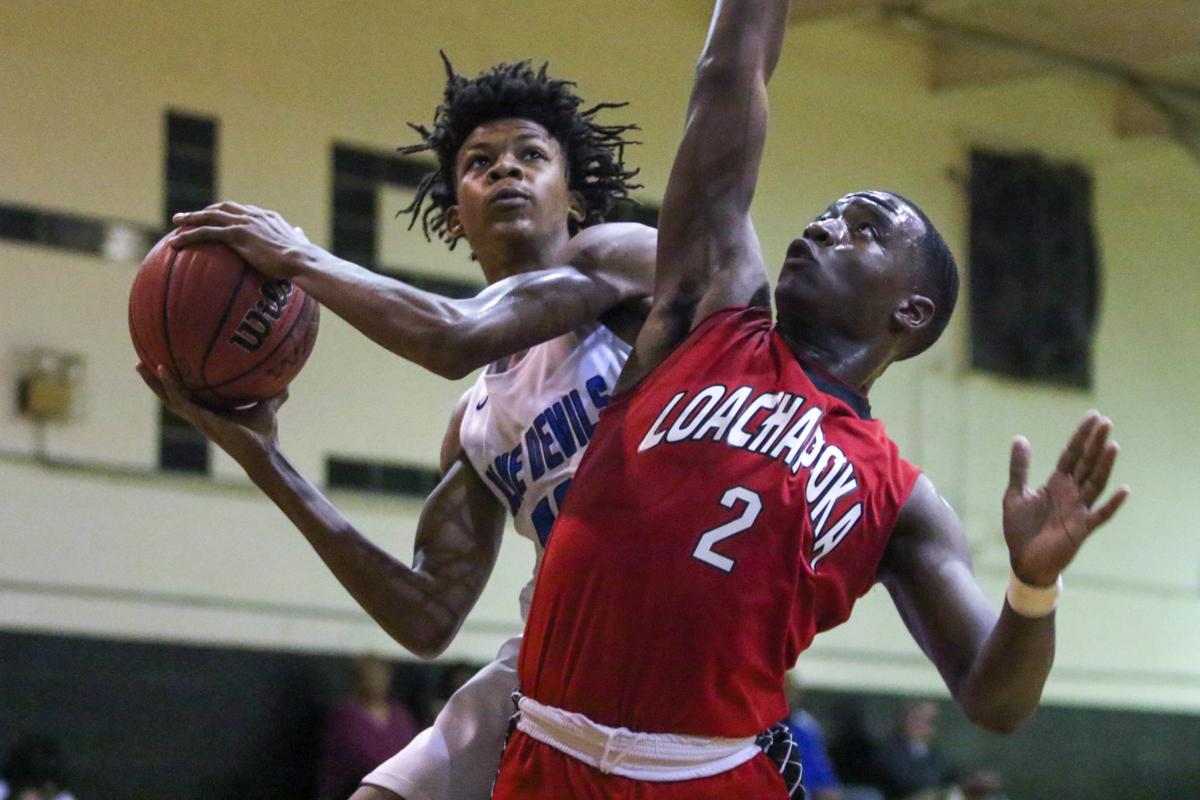 Notasulga's Antonio Green (4) shoots the ball over Loachapoka's Aaron Frazier (2) during the Area 6-Class 1A basketball game in Lanett on Tuesday. 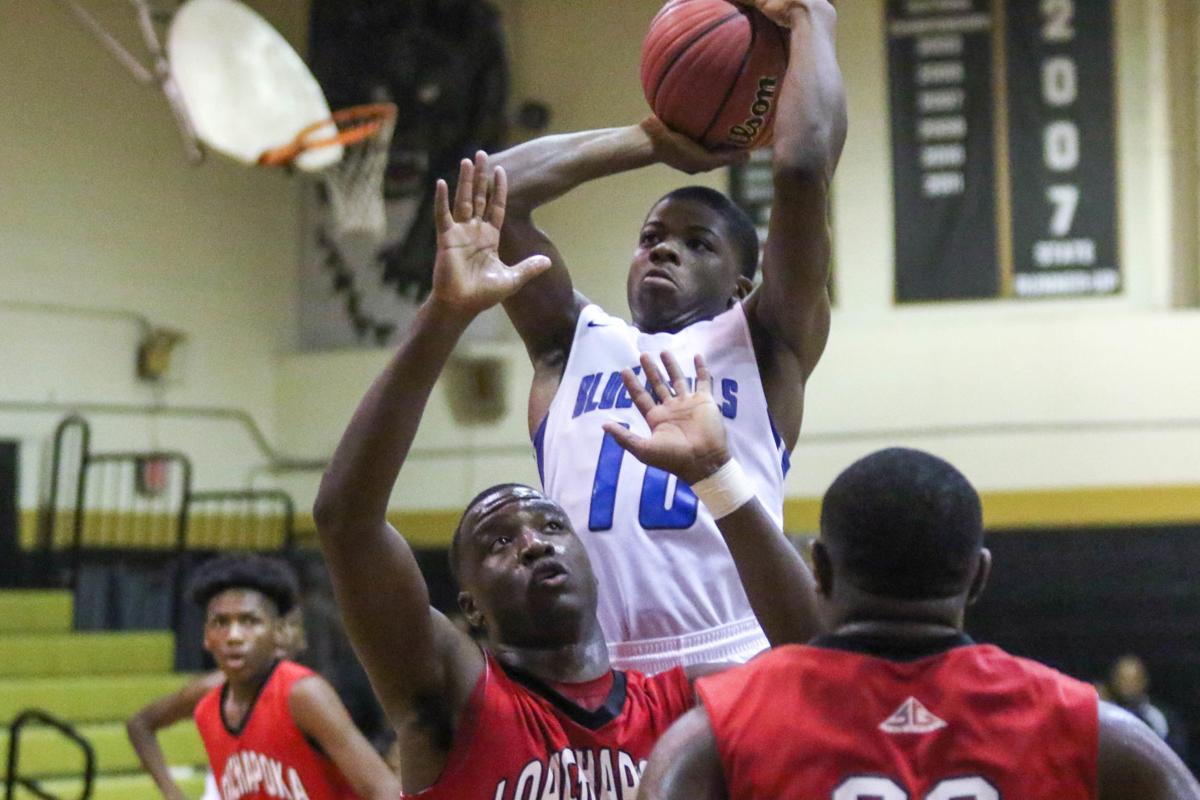 Notasulga's Walter Tatum (10) shoots the ball over Loachapoka's Aaron Frazier (2) during the Area 6-Class 1A basketball game in Lanett on Tuesday.

Notasulga's Antonio Green (4) shoots the ball over Loachapoka's Aaron Frazier (2) during the Area 6-Class 1A basketball game in Lanett on Tuesday.

Notasulga's Walter Tatum (10) shoots the ball over Loachapoka's Aaron Frazier (2) during the Area 6-Class 1A basketball game in Lanett on Tuesday.

LANETT — After leading Loachapoka by double digits for most of Tuesday’s game, the Notasulga Blue Devils found themselves tied with six minutes to go. Rather than falter under the pressure, the Blue Devils buckled down and took over.

Notasulga left Loachapoka reeling down the stretch, as the Blue Devils fired up 12 unanswered points to break a tie ballgame open in a 54-46 victory. The win sends Notasulga to the Area 6-1A title game, where it will play Lanett on Wednesday.

“We were getting looks — we just missed about 14 or 16 points at the goal,” Notasulga coach Clifton Knight said. “I called a timeout and just calmed them down. We got some good sets, and also defensively we were able to get some steals and create some turnovers where we could push the ball up the floor and kind of take the momentum back.

“They had a good run of momentum with the last six left. They fought hard, and defensively we just came out on top.”

Loachapoka’s Courtney Dowdell tied the game 42-42 with six minutes to go, at which point Notasulga completely took over.

After Antonio Green hit a pair of free throws to put Notasulga up 44-42, he came through with a steal on Loachapoka’s next possession and fired the ball to Walter Tatum, who connected on a layup to make by four. Following a Loachapoka turnover, Tatum got his own rebound and made the put-back attempt to put the Blue Devils ahead 48-42 with 4:10 to go.

Tatum’s play in the game’s defining moments were a turnaround after a slow start to the evening for Notasulga’s No. 10.

“Walter was getting a lot of looks tonight getting to the goal. He’s very aggressive to the goal. Earlier things weren’t following for him,” Knight said. “In order for us to get over the top, we got some rebounds, deflections and turnovers. Whenever we can run, it’s good for us.”

Unfortunately for Loachapoka, the situation only got worse after Tatum’s hustle play for two points.

After two missed free throws by the Indians, Notasulga’s Jakerious Simmons got a handy tip-in from a Loachapoka defender to create an eight-point Notasulga lead. Green added one free throw before Tatum drained a 3-pointer to create a 54-42 score with 1:45 still showing on the clock.

The Indians has gone nearly six minutes without a single point when Dowdell came up with a steal and a layup with 30 seconds left in the game.

Jayquan Lindsay opened the evening with 11 first-quarter points en route to a game-high 19 points in addition to four assists. Tatum, Green and Simmons each had eight points.

Notasulga now turns its attention to the hosting Lanett Panthers. The Blue Devils fought hard with Lanett in the regular season, and Knight is hopeful that those close encounters lead to some more luck in the third meeting.