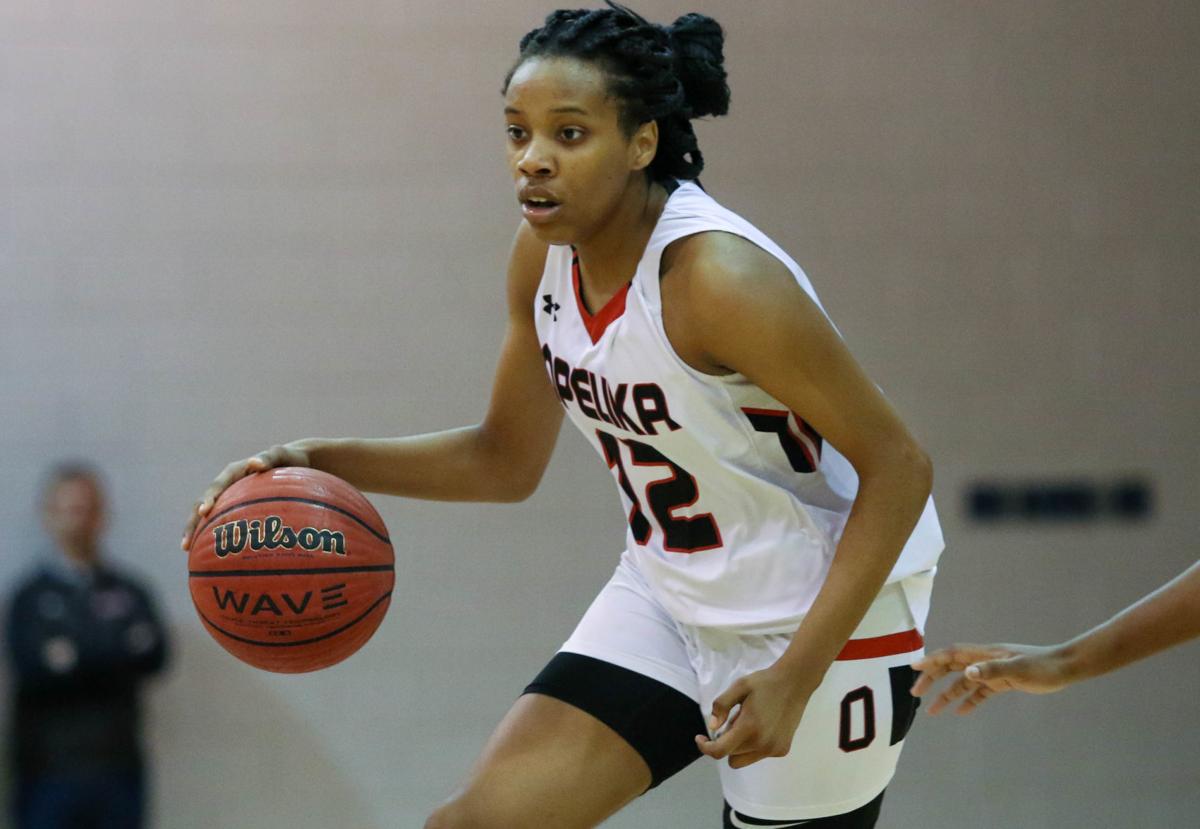 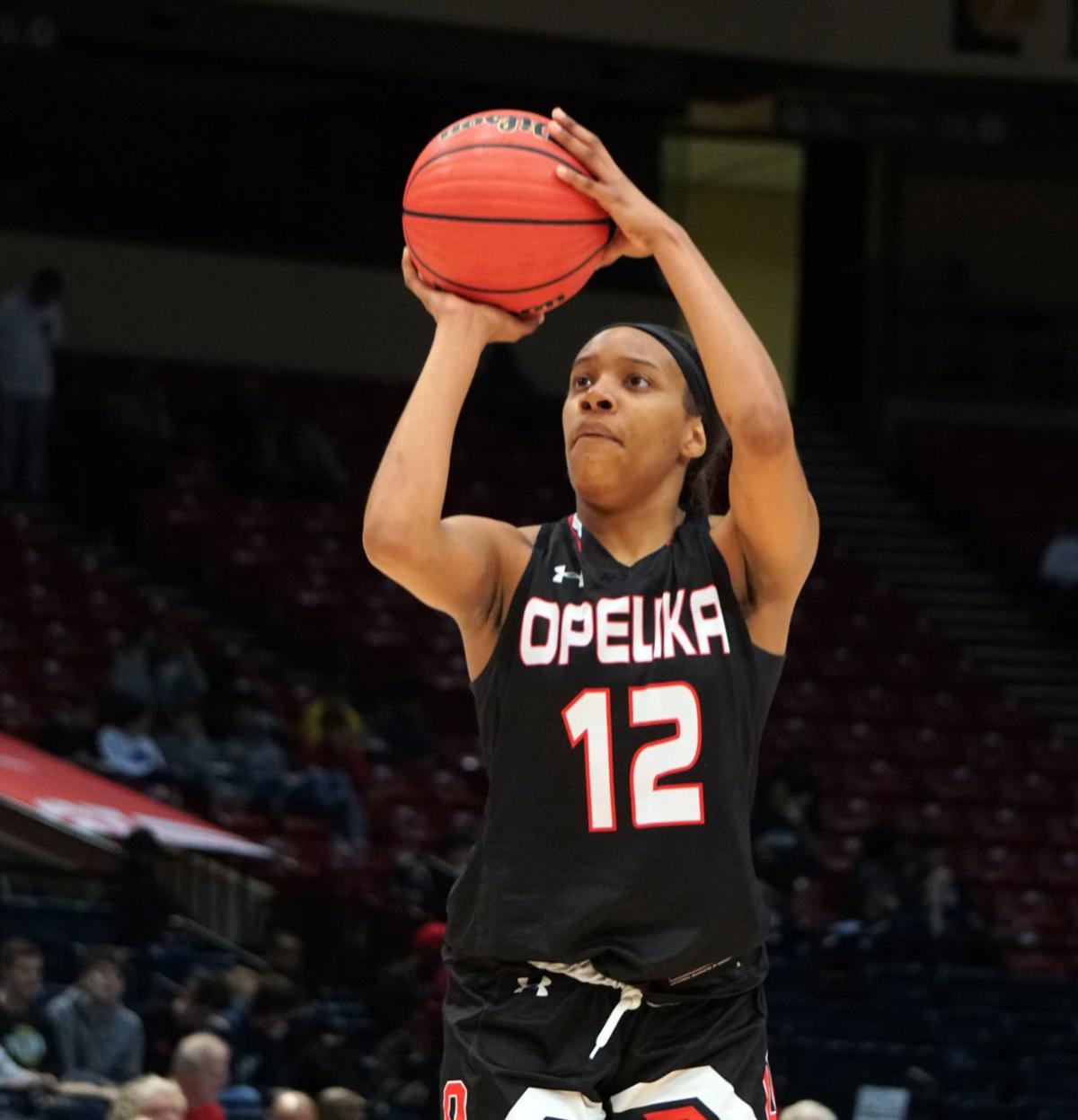 Opelika’s Kaitlyn Bryant shoots a free throw against Hazel Green during the AHSAA Class 6A semifinals at Legacy Arena in Birmingham on Feb. 26.

Opelika’s Kaitlyn Bryant shoots a free throw against Hazel Green during the AHSAA Class 6A semifinals at Legacy Arena in Birmingham on Feb. 26.

During Opelika’s ascension to one of the top teams in Class 6A, forward Kaitlyn Bryant has been at the forefront of the success. As a result, Bryant has several colleges quickly lining up to bring her in.

Bryant has seen several offers come in over the last week, as the rising senior now has scholarship offers from New Mexico, Jacksonville State, Southeast Missouri State, Southern Union and Chattahoochee Valley Community College. These offers for the 6-foot forward are likely just the start, as she said she’s also received interest from several other schools, including Memphis and AUM.

“It’s nothing short of a blessing. I’m absolutely blessed to have these options. To be given the opportunity to continue to play ball is great,” Bryant said. “It’s exciting because I feel like I have put in the work and people are taking notice. It’s great.”

Bryant’s growing list of options to play at the next level should be no surprise given her success in high school. One year after earning the Opelika-Auburn News’ Player of the year honor, she came back just as strong as a junior. She finished the 2019-2020 season averaging 11 points and six rebounds per game while also recording 85 steals for a 27-win Lady Bulldogs squad that reached the state semifinals for the third consecutive season.

For Opelika coach Devin Booth, it’s no mystery why so many college coaches want to add Bryant to their roster.

“I think it’s what Kaitlyn can bring to the court. She’s very versatile. She can do lots of things on the court. She’s just continuing to prove that she can make a difference and make an impact on the floor,” Booth said. “She was huge for us. We had a pretty well-rounded team — and different people stepped up — but she was definitely one of those who would step up when we needed something done on the defensive end or the offensive end. She would really step up and give us something when we needed it.”

Bryant is an unfamiliar predicament right now, as under normal circumstances she would be playing AAU basketball. Despite that, she’s remained diligent in working during the offseason and said she’s been putting in as much work as she can during this time.

Booth said she’s seen Bryant improving in all aspects with her senior season coming up, and Bryant said she has focused a great deal on becoming a better 3-point shooter.

Bryant has done her part over the last three years to help Opelika stand out as an annual championship contender. While those efforts will translate into a chance to play college basketball soon enough, she’s totally concentrated in helping the Lady Bulldogs break through and finally win their first state title.

“This will be my last year as a Opelika Bulldog, so hopefully this season goes very well,” Bryant said. “My goal is to take on more of a leadership role this year. My goal for our team is to work harder, play harder as a team, go even further this year and bring home the championship.”