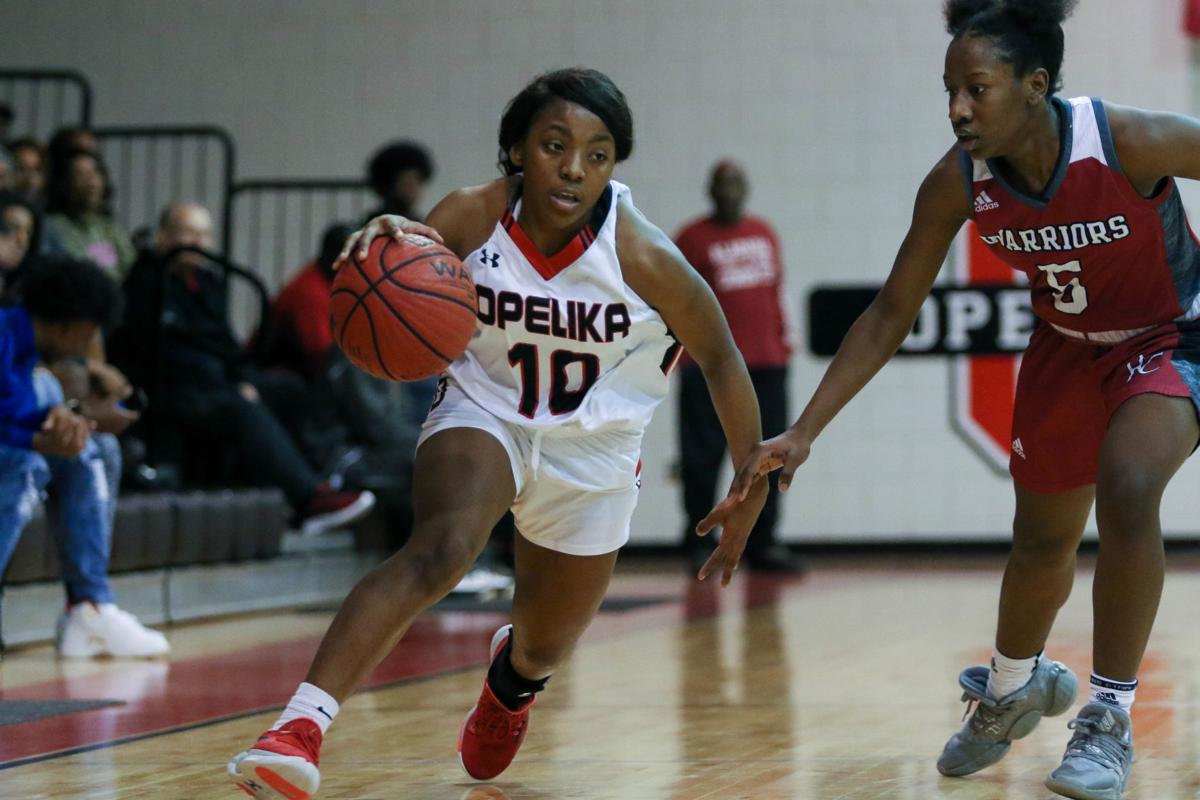 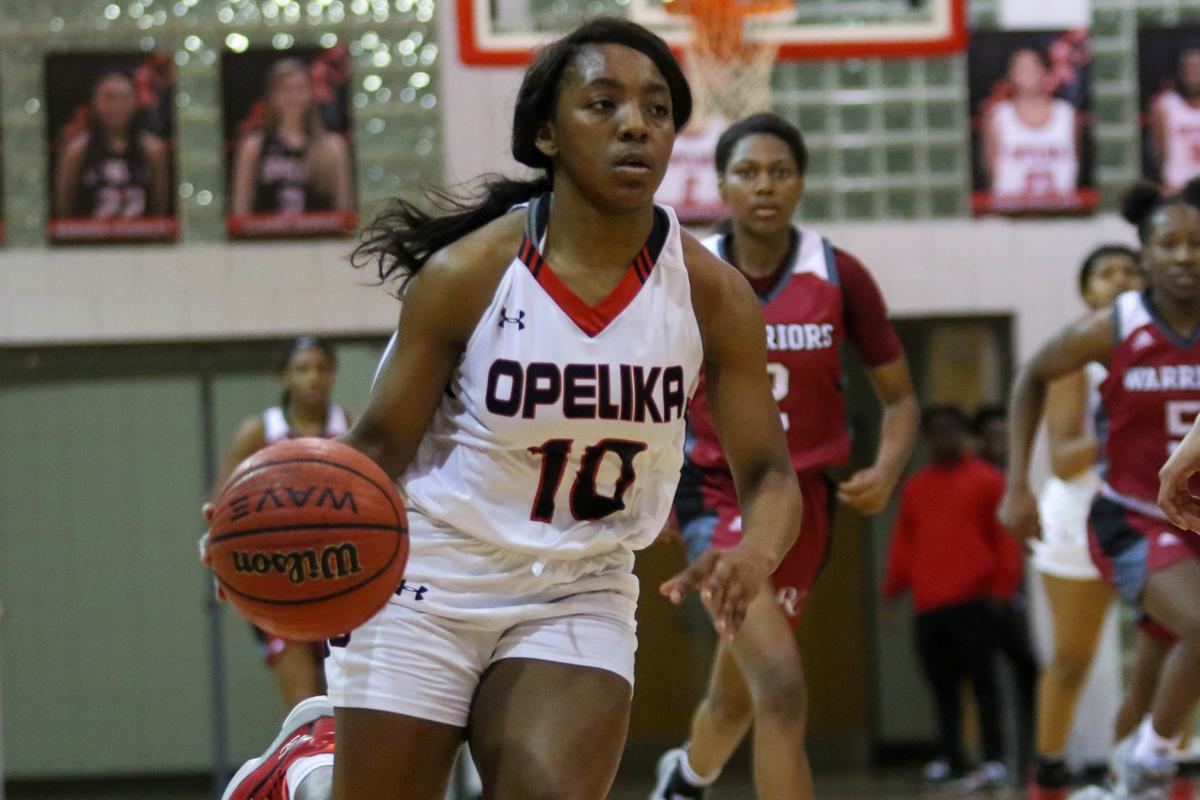 Opelika's LaDajah Huguley (10) drives to the basket during the Opelika vs. Russell County Area 6-6A girls high school basktball game at Opelika High School on Feb. 6.

Opelika's LaDajah Huguley (10) drives to the basket during the Opelika vs. Russell County Area 6-6A girls high school basktball game at Opelika High School on Feb. 6.

Despite her small stature, Opelika guard LaDajah Huguley has made it a habit of coming up big for the Lady Bulldogs. Thanks to those efforts, she has received her first scholarship offer.

Huguley received an offer from Southern Union on Sunday. The offer comes after the 5-foot-2 rising senior played a pivotal role on an Opelika team that reached the Class 6A state semifinals in February for the third-straight season.

“It was humbling to see that my hard work is paying off and others are noticing, starting with this offer,” Huguley said. “It was mind-blowing, the thought that someone was interested in my athletic and academic abilities to move onto the next level.”

Huguley entered the 2019-2020 season as a proven piece on an Opelika team packed with talent, and she didn’t disappoint. She averaged eight points, 3.5 rebounds and 3.2 assists per game on the Lady Bulldogs’ 27-win squad.

Huguley had a habit of being in the right place at the right time for the Lady Bulldogs, which helped the team get back to Birmingham for the third-consecutive season.

“It took a lot of hard work and dedication, but to be back on the same platform for the third year was surreal,” Huguley said.

In Opelika coach Devin Booth’s opinion, Huguley’s presence on the court is a big reason why the Lady Bulldogs have been so successful during her time on the team.

“She’s not scared of anything. She’s just tough as nails. On the court for us, she does a lot of things that go unseen. She’s our little spark that we need all the time,” Booth said. “She’s been a huge part of our success. She leads our team in charges, and she’s the smallest kid on our team.

“That just says a lot about her making the big, tough plays that we need or getting a steal when things aren’t going our way. She kind of gives us a punch when we need it.”

Huguley has a habit of bringing down more than her share of rebounds given her height disadvantage, which Booth explained was a result of her willingness to fight for the ball. Booth said Huguley embraces contact and has a keen sense for where the ball is coming once it ricochets off the backboard or rim, and her tenacity sets her up to come away with the ball time after time.

Huguley said she’s spending this offseason improving her mid-range game and her ability to finish through contact against defenders. Booth said Huguley is also working on her outside shooting, an element that will be crucial for an Opelika team that graduated most of its reliable 3-point shooters.

Booth said whoever ultimately signs Huguley will be getting a player who brings practice up a notch on a regular basis and is willing to sacrifice whatever to make her team better.

Luckily for Booth, she has Huguley for another season before college comes calling, and Huguley is determined to make it a year to remember.

“I’m very excited to build as a team and of course win a state championship,” Huguley said.