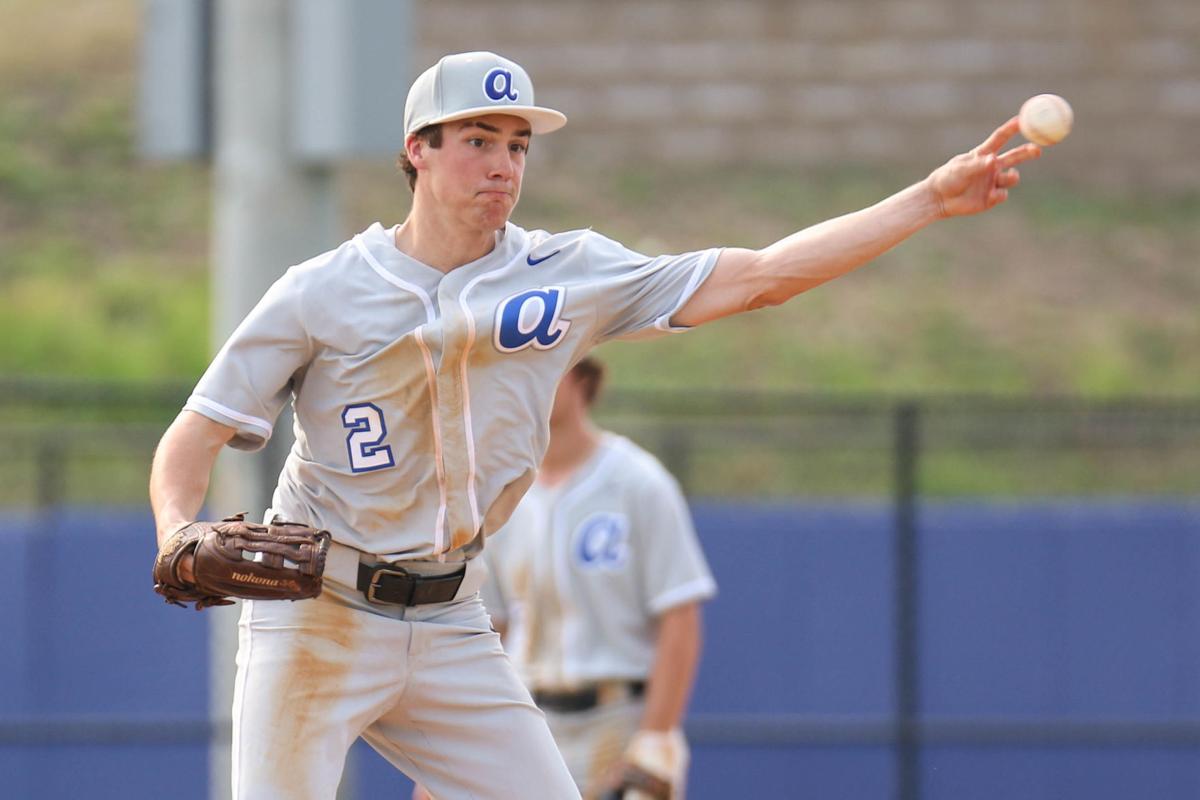 Auburn's Will Turner (2) throws to first base during the Auburn High vs. Hewitt-Trussville high school baseball game in Auburn on March 14. 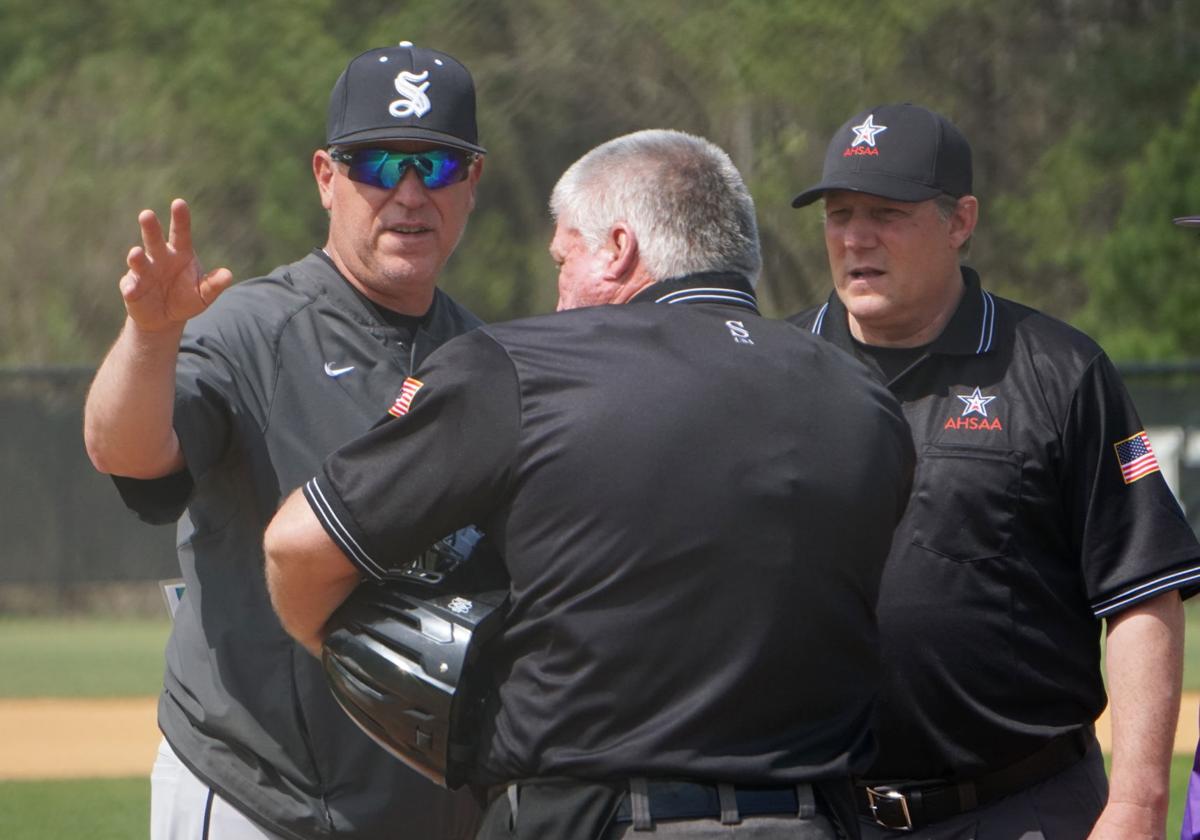 Smiths Station baseball coach Mike Ferry talks with umpires prior to a game with Daphne in Smiths Station on March 14. Ferry and one of his players, Luke Hasty, were selected to the South squad among the AHSAA North-South All-Star teams.

Auburn's Will Turner (2) throws to first base during the Auburn High vs. Hewitt-Trussville high school baseball game in Auburn on March 14.

Smiths Station baseball coach Mike Ferry talks with umpires prior to a game with Daphne in Smiths Station on March 14. Ferry and one of his players, Luke Hasty, were selected to the South squad among the AHSAA North-South All-Star teams.

Year in and year out, several baseball programs in the Opelika-Auburn area are in the hunt for a state championship. Nearly three months after the end of the season, three local players and one coach have been rewarded by the AHSAA.

In total, the two teams are comprised of rising seniors who were chosen by a special coaches committee from nominations received from AHSAA member school baseball coaches. The All-Star teams won’t face off this summer due to the coronavirus pandemic, but the lack of a game doesn’t take away from how much the honor means.

“I’m humbled and honored to have been selected to represent the South. I hold it in very high regard,” Turner said. “I set this as a goal when I started playing high school baseball. When you look up and down that list of players, there are some great players. I’m proud to be considered with them.”

Turner said he and his teammates had their minds on winning a state championship and were dedicated to the mission going back to last August. His numbers proved he was bought in, as the center field hit .388 with 19 hits, two home runs, 17 RBIs and four RBIs.

Turner and the Tigers seemed destined for a battle in area play with Hasty and the Panthers. In 17 games, the catcher hit .320 with 16 hits, six RBIs and eight runs scored on a Smiths Station team that endured several injuries early on.

Hasty said he and his teammates were really beginning to hit their stride when the season came to a close. As disappointing as that final result was, it has Hasty and the returning players ready to come back strong come 2021.

“It’s an honor to represent the South. I just would have loved to play in the game with some of the best players in the state,” Hasty said. “It’s not the ending everyone wanted, but overall it was a short but sweet year. It motivates me a lot to be even better next year for my team and coaches. My teammates and I will definitely be even hungrier next year to do big things.”

Like Hasty, Ingram felt he and the rest of the Tallassee team was improving when the season abruptly ended. He pitched 24.1 innings with a 4-1 record, one save, 32 strikeouts and a 2.01 ERA during his shortened junior campaign.

For Ingram, the season saw he and his Tallassee teammates seize the moment before the year was called to the coronavirus.

“Overall I think it was a good season. We got better as it went on, but also I think the way the season ended will help us all down the road in life by teaching us to not take anything for granted and enjoy every day because we have no clue what the future holds,” Ingram said. “It will motivate me to not take any day for granted and work hard every day.”

Ferry, meanwhile, said it was an honor being chosen for the team. Having said that, he commended the work of Hasty and his teammates for doing well enough to make Ferry a candidate in the first place.

“It’s always one of those things that makes you feel good when you have your players selected for sure. That’s really more important in my opinion for them,” Ferry said. “It’s nice that we get an opportunity to go and coach in it occasionally, but any accolades a coach receives for the most part are because their players are successful and are doing things right.”