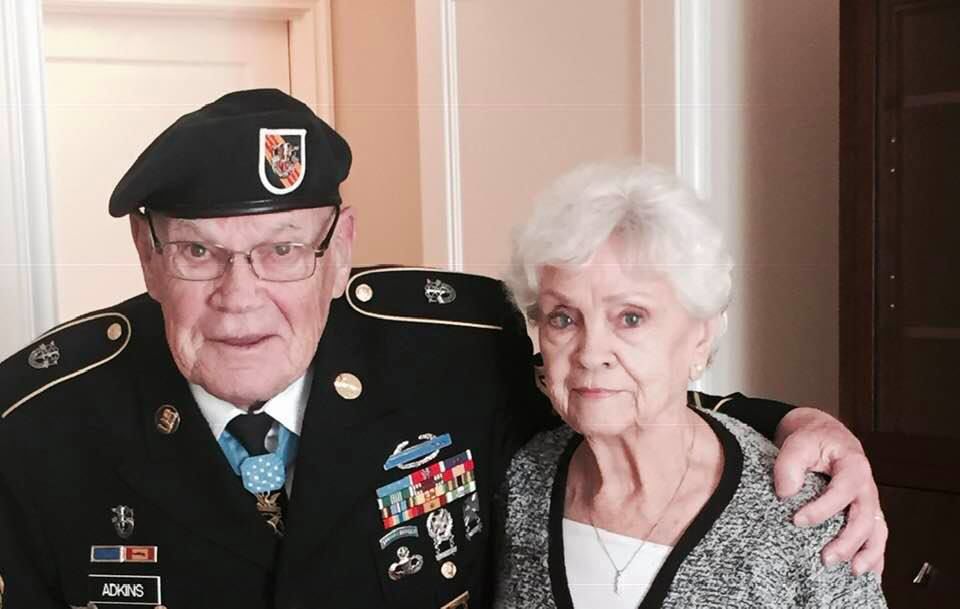 Medal of Honor recipient Bennie Adkins and his late wife, Mary, pose for a photo. (File photo courtesy of the Adkins family.) 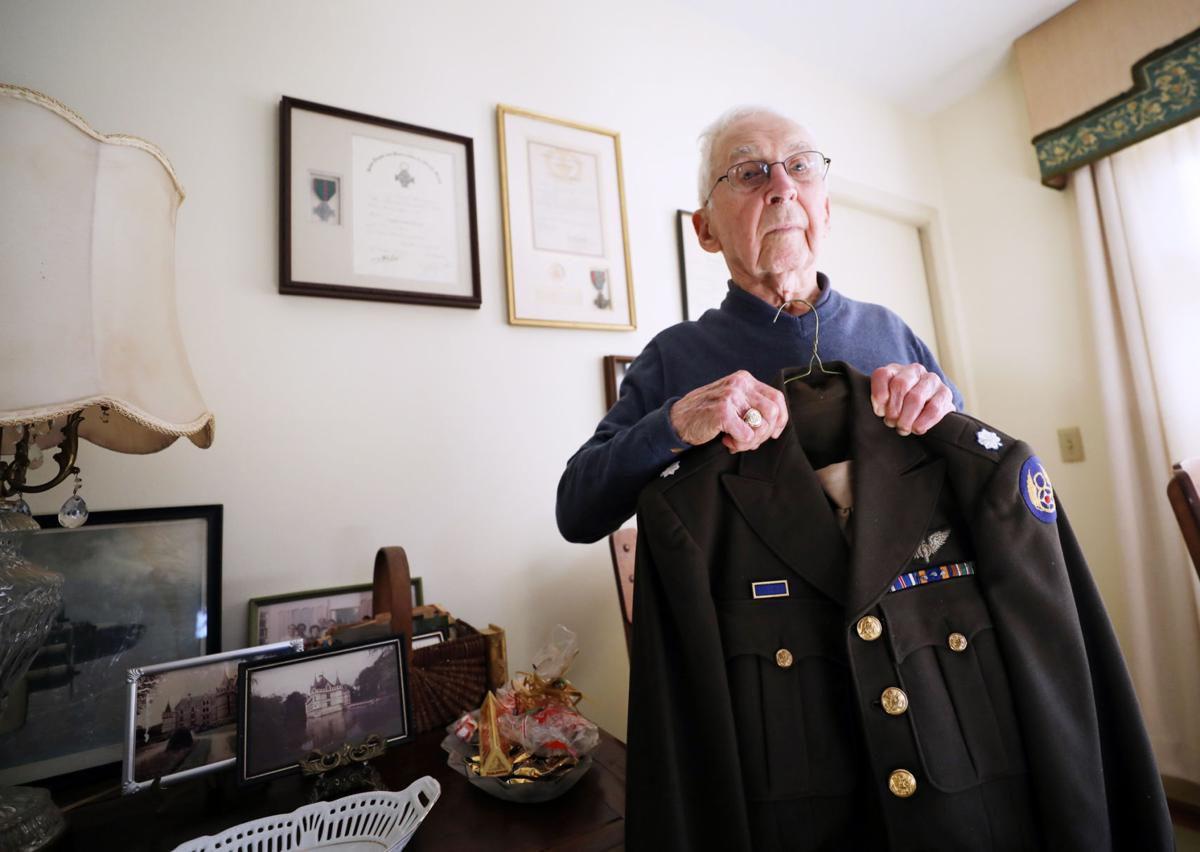 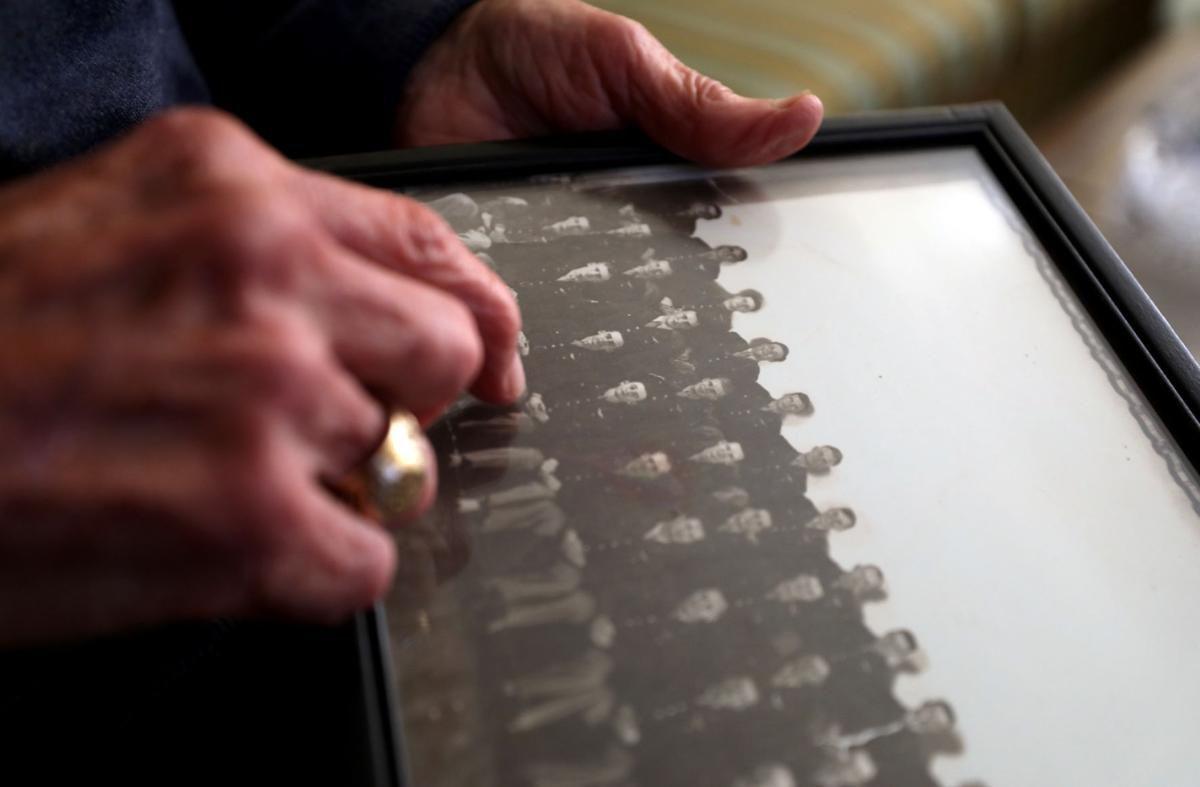 Retired Lt. Col. Orrin "Boody" Brown of Opelika points to members of his squadron with whom he served during World War II. (O-A News file photo by Emily Enfinger) 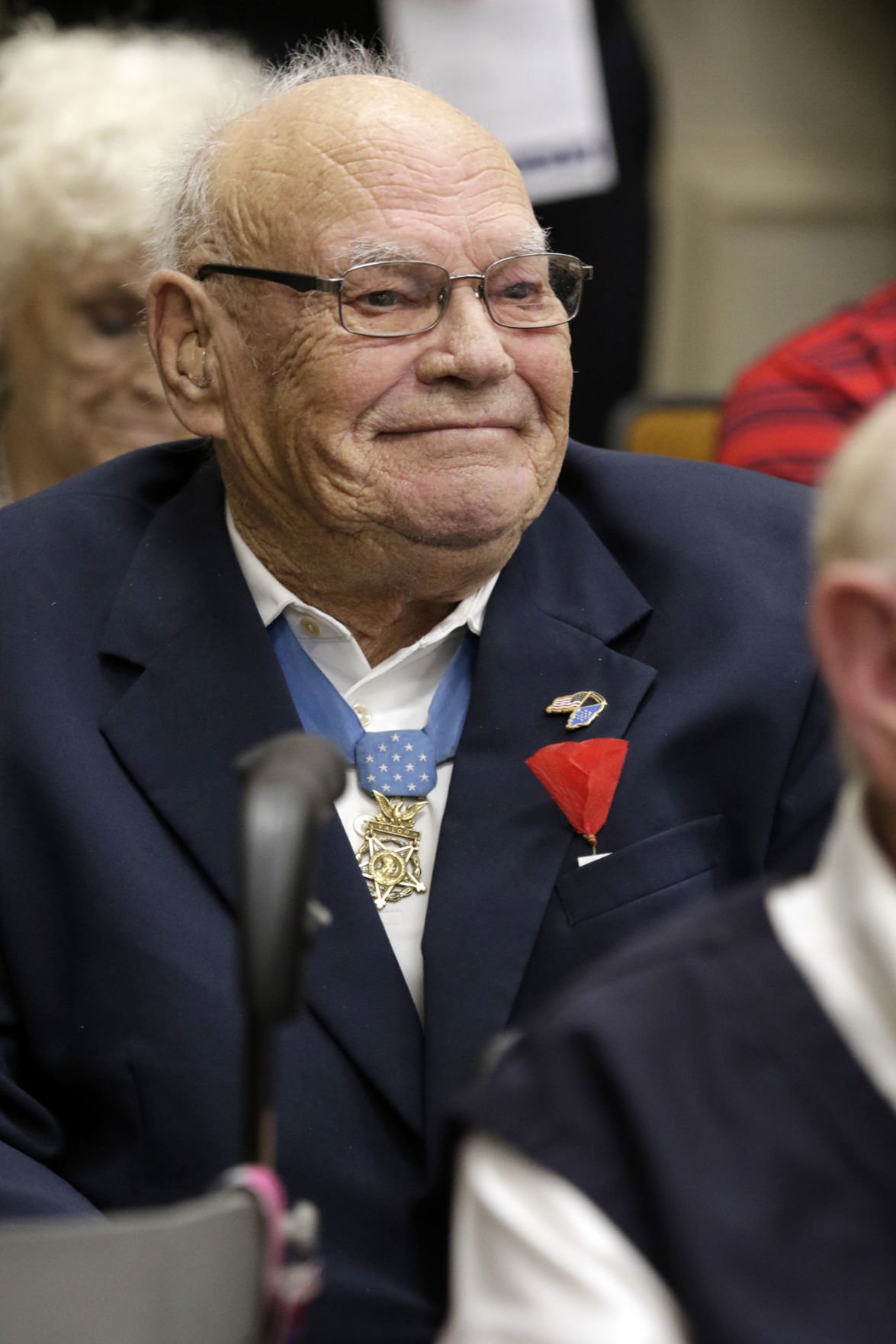 Medal of Honor recipient Bennie Adkins and his late wife, Mary, pose for a photo. (File photo courtesy of the Adkins family.)

Retired Lt. Col. Orrin "Boody" Brown of Opelika points to members of his squadron with whom he served during World War II. (O-A News file photo by Emily Enfinger)

When my son was born more than 24 years ago, I had no idea at the time that he would grow up to become an officer in the United States Marine Corps.

When my dad left sunny Alabama before I was born for the distant, remote radar station near the Russians in frigid Alaska, he had no idea that the memories he would endure would last a lifetime.

These two men are the veterans who garner my first salute this Veterans Day.

People my age and older often ask themselves what they would do differently if they had a do-over.

One of the things still at the top of my leaking bucket list is military service.

The Boy Scouts, which back in my childhood still was called the Boy Scouts instead of the Politically Correct Scouts, was a launching pad for many a young man who would go into military service as a career, and it came oh-so-close being that for me.

My latter years of high school at age 17 seemed to be more about chasing my girlfriend and baseball, of which I thought then that I had a bright future with both.

It seemed, at that age, I had outgrown the Boy Scouts and I left them, only to have one of my baseball coaches convince me that I needed to finish getting my Eagle Scout award before I became unqualified by turning 18. He was so right, for so many reasons.

During the Eagle Scout ceremony, none other than former Congressman Bill Nichols — yes, the one that the nice, big Auburn University ROTC center is named after — was the man who presented me my medal.

After the ceremony, he pulled me aside, and I’ll never forget what he told me.

“I’ve seen your records. You’re an athlete, you’ve got decent grades, and you’ve earned your Eagle. How would you like to attend one of the military academies?”

He asked that with, literally, his arm around my shoulders as he looked me in the eye with a rather stern expression. “I’m the one, you know, who can get you there.”

It was a life moment impossible to forget because it was the first real crossroads I faced that seemed to influence my future career.

When I turned him down soon after because my eyes weren’t good enough to be a fighter pilot, I little realized the true vision they could have had.

My passion for being a journalist runs deep in my soul, as I’ve enjoyed this career since Day One. A big reason is because of the stories I’ve been blessed to share about other people, and among them and always my favorites: our military veterans.

Stories like that of “Boody” Brown of Opelika, the World War II flier who took on daring missions in a B-24 bomber painted black and used at night to drop spies and supplies behind enemy lines to resistance fighters in a secret service that later became the mission of the modern-day CIA.

Stories like that of Jack Simms of Auburn, who was one of 70,000 Marines who stormed the beaches of Iwo Jima in World War II. More than 23,000 of them became casualties of war. Jack later worked for the Associated Press, where he had sources ranging from the mafia to the White House; and then as a journalism instructor at Auburn. He became one of my closest mentors.

Stories like that of Bennie Adkins of Opelika, who earned the Medal of Honor for his brave heroics in Vietnam and managing to survive in a fight when he and a handful of others were heavily outnumbered and outgunned and saw little chance of ever coming home alive.

Stories like that of Hal Moore of Auburn, the daring colonel portrayed by Mel Gibson in the movie “We Were Soldiers” recalling the first major engagement of American troops with Vietnamese forces in a battle that almost became all too familiar to the infamous story of Custer’s Last Stand.

There are many more and if it sounds like a book in the making, it is. You’ll hear more about that around this time next year.

God bless them all.

If you’ve never served or had a close family member to serve in the American military, you likely have some but no real, complete idea of just how much sacrifice is involved in such service to our country.

That sacrifice most certainly includes the immediate family of service members.

My son, along with my dad, is my best friend. I, like many others in our community, have had a tough year in 2019, and my son came home this past week to cheer me up with some great and much-needed father-son time.

We leave, to use his measure of time, at 03:00 Monday, Veterans Day, to put him on an early flight for a 30-hour trip back to his base in the Pacific, where he trains for war and keeps a constant watch on possible adversaries such as the Chinese and North Koreans.

It is the career my baby boy chose, and my heart will hurt down to its core to walk him into that airport terminal and see him march from my arms back to those who are brothers-in-arms, as a tough Marine leading men and standing guard for you and me, far, far away from home.

Give a veteran a hug, will ya?

Give a veteran’s loved ones a hug, will ya?

They may need it, but they certainly have earned it.